The Liddell Hart Centre for Military Archives (Kings College, London) is a leading repository for research into modern defence policy in Britain – its strategy, planning and conduct. The Centre holds the private papers of over 700 senior defence personnel who held office from 1900 onwards. Individual collections range in size from a single file to the hundreds of items contained within the archives of Captain Sir Basil Liddell Hart. Collections may comprise many types of material: diaries, correspondence, working papers and files, texts of lectures, memoranda, unpublished memoirs, audio and video tapes of events and recollections, transcripts of interviews, photographs, maps and plans, and press cuttings. The scope of the holdings is vast, and ranges from high-level defence policy and strategic planning down to the command of individual units in the field. Holdings cover all campaigns in which British forces were engaged or acted as observers or specialist advisers, including WWI.

The Bodleian holds approximately 2,500 maps of the Western Front, at scales of 1:10,000, 1:40,000, and 1:80,000. The GSGS published several editions of these maps throughout the war, although most are from late 1915 onwards. The series include both standard and 'secret' versions - the secret maps showed British trench systems in addition to German ones. These sheets were individually numbered and it was forbidden to take them close to the front lines in case of capture. The 1:10,000 series also indicate individual trenches and their names or numbers.

Reflections of a more personal nature can also be located, including John Adams' Nothing of Importance: A Record of Eight Months at the Front (1917). Adams narrates his story of the Western Front without sensationalism. He does not attempt to discuss the intricacies of offensives, but concentrates on the day to day existence of life in the trenches, providing detailed accounts of how it felt to go out on patrol, to participate in a working party, and the art of sniping. The mood of the book begins with near excitement at the prospect of an adventure, but this gradually shifts as the terrible side of war is experienced.

Meanwhile, the Middle East Centre Archive, St Antony’s College, holds photocopies of the papers of Edmund Henry Hynman relating to the Palestine campaign, whilst the Bodleian Library of Commonwealth & African Studies at Rhodes House can be consulted for material concerning Sir Bernard Henry Bourdillon. Bourdillon served as an army officer in Iraq during WWI and later as colonial governor of Ceylon, Uganda and Nigeria. The locally held archive consists of personal correspondence and copies of official papers relating to his service.

Nuffield College Library may also be of interest. Lord Mottistone (1868-1947) was a politician and a soldier who served in the Colonial Office, the War Office, on the Committee of Imperial Defence and was active in preparing the army for war with Germany. He resigned his position at the War Office following the Curragh Mutiny, but this allowed him to see active service during the First World War in France. The collection held locally contains political, official and military papers from his various posts, including on the subject of Chinese labour in the Transvaal mines and preparing Britain, its army and supply networks for war.

Indian troops, probably of 26th Indian Division, board Royal Indian Navy landing craft from a beach at Ramree Island, off the Arakan coast of Burma, before making landings on Japanese-occupied islands to the south.

This compilation film is among several made available by the Imperial War Museum. Further compilations (which can be acccessed here) include footage of behind the lines activities on the Western Front, gas warfare, military drills, naval warfare and propaganda aimed at galvanising the armed forces.

For primary sources pertaining to the mapping of military campaigns and trench warfare on the Western Front, it is worthwhile consulting digitised collection items within the British Library World War One website. A vast and comprehensive military mapping programme covered the Western Front, combining detail with caution, evidence of which can be seen throughout these digitised sources. 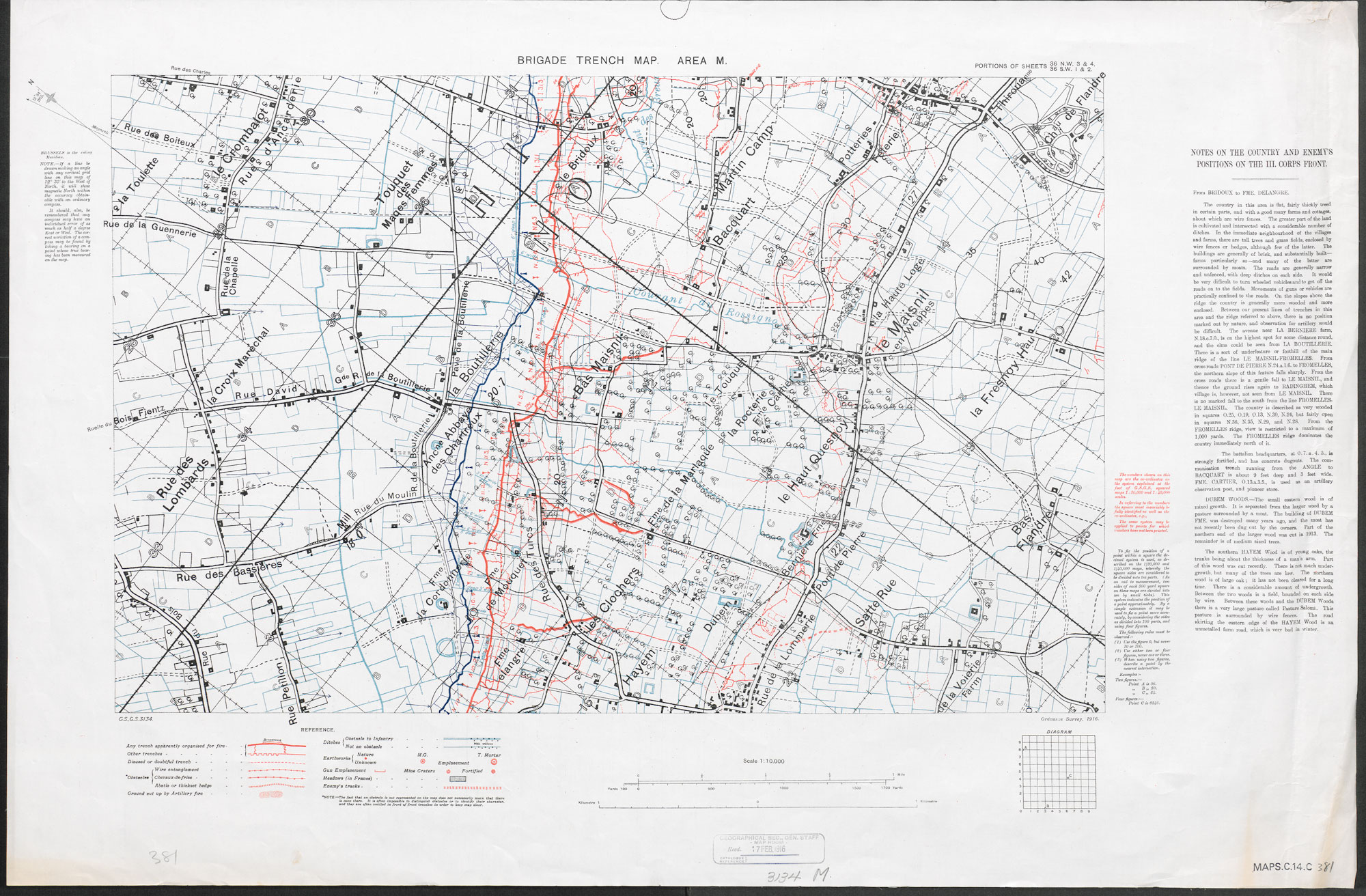 This large scale sectional Brigade Trench Map from 1916 is one of 15 adjoining sheets produced by the1st Field Survey Company for the 1st Army, which then occupied the line of front south of the town of Loos in Belgium. Researchers can consult several such digitised maps. The map data was collected through a survey of enemy defences using such techniques as sound ranging and flash spotting. The hand drawn maps were then sent to the Ordnance Survey office in Southampton for reproduction, and returned to the front two weeks later. Researchers will note that across the maps the British trenches, in blue, were deliberately distorted so that the information contained would stay at least partially secret in the event of enemy capture.

Researchers can also access a digitised map detailing the positions of wire in No Man's Land, Ypres, providing a comprehensive impression of small strips of land near Messines defended by the 2nd Army. This was the heavily fortified ground, in some cases as narrow as 200 feet, across which any advance had to be made. The map shows natural features such as ditches, streams, grass (with grass length) and trees. However, the most prominent features are the successive ‘x’ patterns indicating the barbed wire protecting enemy trenches. The wire (trip and concertina wire included) is strategically placed and in places five rows deep. The map goes some way towards providing indications of quality and height.

It is also possible to consult maps concerning the logistical complexities of the Western Front. The Third Army Traffic Map from 1918, for example, visualises the intricacies of access behind the front line. Bold lines highlight the main roads for the use of motor vehicles and animals, whilst dotted lines denote single track roads, arrows giving the direction of travel. Exceptions are provided for officers and messengers, and animals are prohibited from being exercised on any roads. Supply lines had failed during the Somme offensive of 1916, and a civilian, Sir Eric Geddes, was drafted in to improve British Expeditionary Force transport arrangements. By 1918 an efficient system of moving supplies, men and ammunition as quickly as possible to the front, and casualties and information away from it, had developed. At the time of this map, the German Spring Offensive struck at the front in the bottom right corner of the map. In such circumstances the speed of logistics could be the difference between success and failure.

The National Archives is a major port of call for people investigating the planning, implementation and progress of military operations during WWI. They incorporate the records of the British Army, Admiralty, Naval Forces, Air Force and Royal Marines, providing access to resources including intelligence reports, papers from military headquarters, diaries, maps and sketches, and registers of personnel killed and wounded. When searching their collections (selections of which have been digitised), it is particularly worth consulting the following department codes: WO (War Office), ADM (Admiralty), AIR (Air Force) and FO (Foreign Office).

For those at an early stage in their research, the British Army Operations in the First World War Guide may help with locating records relating to operations planned and carried out by the British Army at home and overseas, Canadian, New Zealand, South African or Indian forces (also known as dominion forces) under British command, colonial forces under British command and Royal Flying Corps. The records highlighted include details of invasions, battles and daily activities of army units (as recorded in unit war diaries).

British Library Sounds, 'A Message from the Trenches'

The British Library Sounds website includes ‘A Message from the Trenches’, an original sound recording from 1915 designed to sustain and boost morale at home. 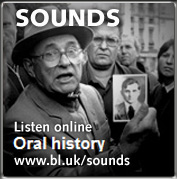 Among several items offering more personal narratives of the Western Front, Special Collections at the University of Birmingham contains the training notebook of 2nd Lt. G. M. Ugg. His notes relate to a field operations course covering all aspects of trench warfare, thereby illustrating the type of preparation given to young officers before being sent to the Front during WWI. Special Collections has also produced a document outlining key locally held archival resources relevant to the study of WWI, which can be consulted here.