The National Archives has digitised up to 11,000 case papers relating to individuals seeking exemption from conscription into the Army during WWI. The conscription appeal records are from the Middlesex Appeal Tribunal, and include administrative papers reflecting the changing policy towards conscription as the war progressed. This is one of only two complete surviving collections of tribunal records, and the sample provides a valuable insight into the impact of WWI on families, businesses and communities. The records reveal men seeking exemption on medical, family or economic grounds as well as the relatively small proportion wishing not to fight on moral grounds as conscientious objectors. The majority of appeals were dismissed and many people did go on to see war service.

Incorporated within the Liddle Collection at Leeds University Library are the Asquith Dalton Papers. Asquith Archie Dalton was a conscientious objector and member of the No-Conscription Fellowship, imprisoned at Wakefield Prison during WWI. His papers provide a fuller and more personal account of the experiences of conscientious objectors than most, including photographs, postcards, discharge certificates, letters, Dalton's charge sheet and a summary of evidence presented against him. 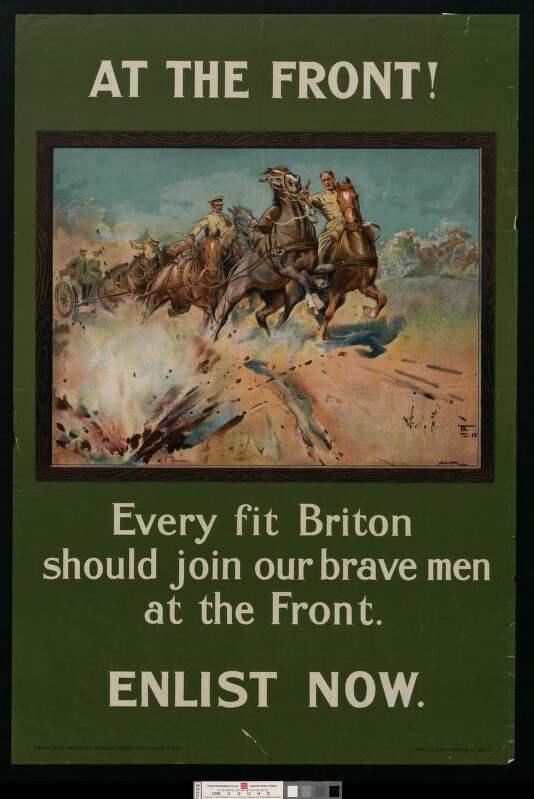 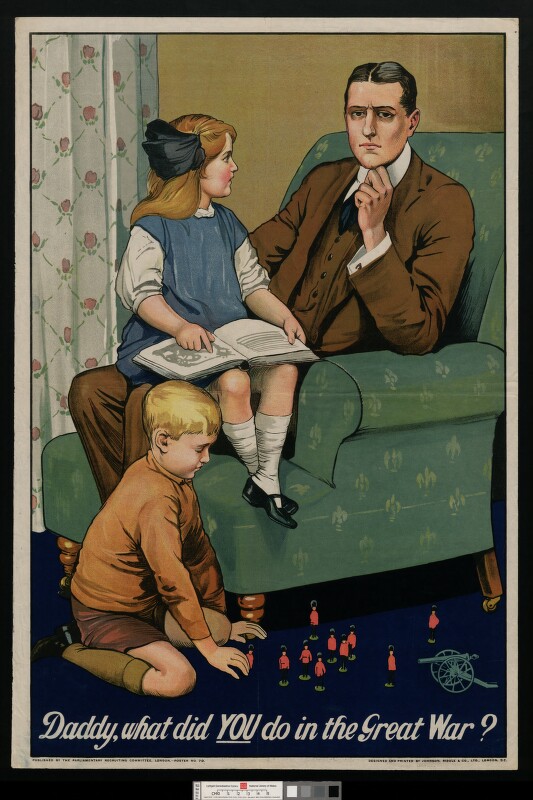 Britain’s army at the beginning of the First World War was relatively small and professional. With conscription not introduced until 1916, the recruitment of volunteers in large numbers became a huge challenge. The Parliamentary Recruitment Committee circulated leaflets and posters, and organised rallies and other public events in order to boost figures. Considerable social pressure was brought to bear on men to volunteer, and those who did not risked vilification as cowards.

For many men, however, awareness of their responsibilities towards their families as wage earners proved a compelling disincentive to volunteer. Posters like this targeted that sense of duty to family, but instead suggested that, in the future, children would hold their fathers to account on the service that they performed for their country rather than the security they ensured for their immediate family. This example, along with many other publicity materials utilised to boost recruitment, can be accessed at Cymru 1914, a project which has conducted mass digitisation of primary sources relating to the First World War from the Libraries, Special Collections and Archives of Wales. Much of this material (which is out of copyright and therefore free of restrictions under copyright law) can be downloaded and utilised in research.

The Imperial War Museum provides access to several interviews conducted with men who identified as conscientious objectors during WWI. The interviews provide fascinating insight to the military tribunals they endured, as well as personal reflections on imprisonment and social attitudes. Below is an excerpt from the recollections of Harold Frederick Bing, a British civilian absolutist conscientious objector imprisoned in Kingston Barracks, Wormwood Scrubs and Winchester Prisons.

Those interested in local history may wish to consult the ‘Oxford University Roll of Service’, which includes every member of the university who served in the war, typically giving details such as when they joined up, where they fought, their rank and whether they died in service. Readers can locate the document in the Lower Reading Room of the Bodleian Library. Alternatively, a digitised version is available online. 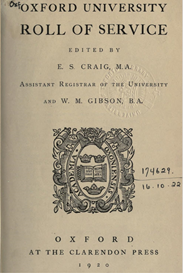 Stephen Henry Hobhouse was an unconditionalist conscientious objector. Conscripted in 1916, he was granted an exemption at a tribunal in August 1916, conditional upon him joining the Friends Ambulance Unit. However, he refused to accept the decision or to appeal against it and was subsequently handed over to the military. He refused to put on uniform, was court-martialled and eventually sentenced to imprisonment with hard labour. Those interested in Hobhouse's exeperience can request a copy of the pamphlet 'I appeal unto Caesar': the case of the conscientious objector (1918), produced by his mother, Margaret Hobhouse, publicising the plight of conscientious objectors.