The public demand for news of the war was reflected in the increased sales of newspapers, which played an important role in disseminating information which bolstered the British war effort. Aside from conveying jingoism reinforcing the moral righteousness of WWI, newspapers reported on British gains and losses (both in battle and on the Home Front), and were responsible for informing public opinion regarding developments. Several press barons held close ties with the government, whilst the Defence of the Realm Act of 1914 (which listed things that correspondents could and could not write about) was further conducive to a national press largely supportive of the war effort. However, this is not to suggest that reportage was homogenous, nor that censorship was sufficiently powerful to prevent the public accessing a range of political views.

Studying newspapers published between 1914-1918 is of great use to those wishing to contextualise the events of the First World War, and digitised issues of many can be accessed via SOLO. See Newspapers and other online news sources (LibGuide) for details.

The Illustrated London News became the world's first fully illustrated weekly newspaper, presenting a vivid picture of world events. Fully searchable editions of this publication are available online, along with The Scotsman and The Spectator. Meanwhile, The Times Digital Archive is also accessible, along with the Financial Times Historical Archive and that of The Guardian/The Observer. In addition, The Daily Telegraph is currently republishing in PDF form full original editions of the newspaper that were published 100 years ago. This is being undertaken daily and, as with the other resources listed, should provide an interesting record of how the First World War was reported and recorded at the time. 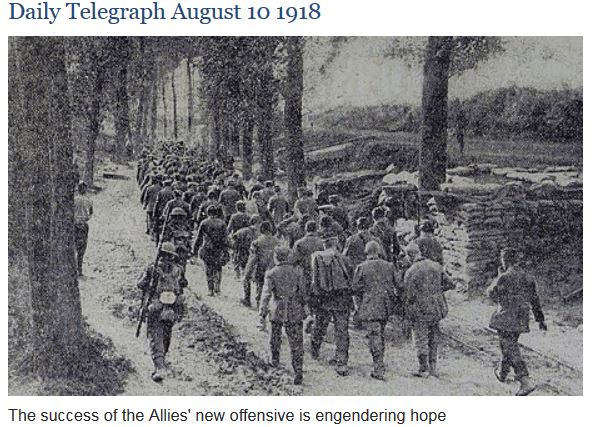 During WWI civilians were strongly encouraged to invest in war loans. In order to fund military campaigns, the government borrowed billions of pounds from the British public through newly-created bonds. Much propaganda was used in order to encourage them to invest, appealing to their patriotism and sense of national 'duty'. Several such examples have been digitised by Cymru 1914.

IWM and the Liddle Collection (Leeds University Library), propaganda and the mobilisation of public opinion

As highlighted at various points in this guide, propaganda played a key role in WWI. It was utilised to help recruit soldiers, motivate the armed forces, and maintain support on the Home Front. Propaganda took various forms, including cartoons, literature and film, though posters were perhaps the most widely dissmeninated and instantly recognisable examples. Many of these have been digitised, a selection of which can be consulted via IWM Collections and Research and the Liddle Collection, Leeds University Library.

In this pre-television age, with radio access limited, governments invested heavily in posters that grabbed attention, and some of them became symbols of national resolve. As illustrated above, they had a clear message: rally against the enemy; our cause is just; support our soldiers; unite with our allies. The sinking of the British passenger liner RMS Lusitania was one of the most controversial incidents of the war. On 1st May 1915 the ship set sail from New York bound for Liverpool, with over 1,900 passengers and crew on board. Six days later a German submarine sank her as she approached southern Ireland. 1,200 lives were lost, including 128 Americans, causing outrage in both Britain and America. British propaganda portrayed the incident as an act of German barbarism, utilising it to mobilise public opinion against the enemy. Though America remained for the time being neutral, the sinking of the liner caused a significant hardening of opinion against Germany.

Those interested in the official manifestations of propaganda may wish to consult the 'Report of the Committee on alleged German Outrages' (1915), commonly known as the Bryce Report. Whilst this can be viewed at the Bodleian, the British Library has made available digitised selections via its World War One website. German armies killed 6,500 civilians in Belgium and northern France in the summer of 1914, and these so-called ‘German atrocities’ soon became one of the defining propaganda debates of WWI. Within days of the invasion, Belgian and French commissions documented the massacres by interrogating refugees and sending out roving reporters before the front closed down. In the late spring of 1915, an official British commission chaired by Viscount James Bryce produced the Report of the Committee on alleged German Outrages. Whilst not directly false, it overemphasised cruelty against women and children and did not challenge refugees’ panic-infused allegations. The report struck a propaganda blow by portraying the Germans as violating international standards of warfare, in contrast to the Allies’ legitimate methods of conflict. Germany responded with its less credible ‘White Book’, fabricating Belgian excesses and falsely maintaining they were merely countering activity by snipers – claims that Belgium in turn refuted with its ‘Grey Book’. The propaganda war was being fought on all fronts, not least by government officials. Notably, the accuracy of the Bryce Report was challenged in subsequent years, and it has been suggested that the resulting international scepticism about ‘official reports’ may have helped Nazi atrocities during World War Two to be underestimated.

Patriotism on every level, IWM

As this poster from the National War Savings Committee illustrates, British propaganda concerned itself with almost every aspect of daily life during WWI. This was Britain's first 'total war', and as such it required everyone to join the effort; millions of young men were asked to head to the battlefield, hundreds of thousands of workers were recruited to power an industrial war machine, and the public were asked to contribute in every way possible (including financially) to the war effort.

At the outbreak of war, Britain had no official propaganda agency, but an organisation was soon established at Wellington House under Charles Masterman. Subsequently, responsibility was divided between various agencies, and eventually centralised under the Ministry of Information. Notable among the activities of the Ministry was the production of several short films, focused on extolling the virtues of the British war effort, encouraging continued firmness in order to win victory, and demomising the German enemy.

Representative of these objectives are films such as 'The Leopard’s Spots’ (accessible via the IWM website), which warns against buying German goods after the war. The film depicts a Belgian town in flames, and civilians lying dead in the streets. A terrified young mother with her baby is encountered by two drunken German soldiers, who snatch the baby from her and throw it to the ground. "Once a German, always a German" is the accompanying caption. The soldiers are then depicted a few years later as travelling salesmen, with the caption altered; "They will be the same beasts then as they are now. A leopard cannot change his spots." They visit an English village, offering a shopkeeper examples of the pots and pans that they sell. The shopkeeper is keen to accept, but his wife, noticing the "Made in Germany" label, objects strongly and calls the village constable. The message is clear: the German enemy is not to be trusted, in any context.

The John Johnson Collection, an archive of printed ephemera, is the product of a partnership between the Bodleian Library and ProQuest which conserved, catalogued and digitised 67,754 documents. Accessible via SOLO, it provides access to a range of rare archival materials documenting various aspects of everyday life in Britain, among which are numerous items produced during WWI. These are valuable in providing additional perspective on The Home Front bwtween 1914-1918.

The collection (which can also be consulted locally) includes a substantial quantity of advertising, much of which doubled-up as propaganda. Items on display range from cocoa to fuel, from tobacco to soap, with many endorsing the efforts of the army and the virtue of the British cause. The image below provides an example of this, with its slogan, 'No one can pay too high a tribute to the bravery and efficiency of our gallant soldiers - the cleanest fighters in the world.'