Photography and Art during WWI

The British Cartoon Archive is located in Canterbury, at the University of Kent. It contains a library, archive, and exhibition gallery, and is dedicated to the history of British cartooning over the last two hundred years. As such, it contains many valuable resources for those interested in the drawings circulated during WWI. Many of these were produced for propaganda purposes, whilst a significant volume were of an overtly political nature, providing a satirical slant on various aspects of the conflict. The archive holds the artwork for more than 150,000 British editorial, socio-political, and pocket cartoons, supported by large collections of comic strips, newspaper cuttings, books and magazines. Collections are included by over three hundred cartoonists, many of which have been digitised, and can be found among the items on the BCA website. It is worth noting that a quantity of these images can be used in essays and presentations, providing that guidelines are adhered to. 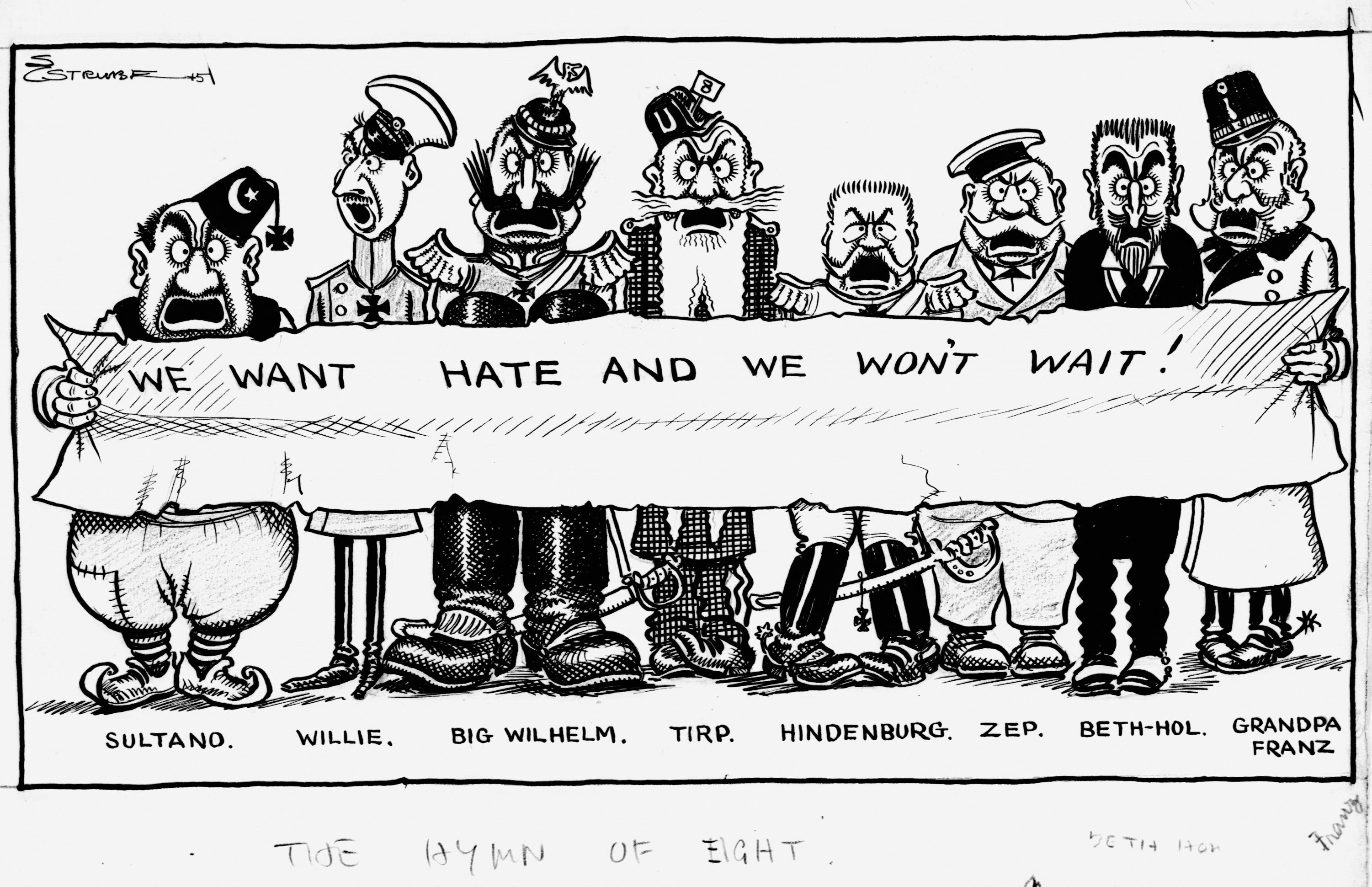 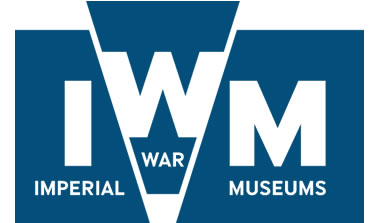 The Art Collection of the Imperial War Museum hosts some of the most notable military images in art history, depicting a century of conflict. It contains important examples of both fine and graphic art, and is perhaps most renowned for the work of the official artists commissioned to record the events of WWI. The collection began in 1916 when Sir Muirhead Bone was commissioned as a war artist to illustrate propaganda publications. In 1917 the emphasis shifted somewhat to the work of the 'solidier-artist', to draw upon those who had direct experience of serving in the war, for example Paul Nash and C.R.W. Nevinson. Ultimately, what began as propaganda became under Lord Beaverbrook a response to the need to create a memorial to the conflict. This involved commissioning those who were perceived as the finest artists of the time, but also incorporated those at the fore of the avant garde; for example, Stanley Spencer, Augustus John and John Singer Sargent.

In order to make this seminal collection more widely accessibe, The Visual Arts Data Service (VADS) has worked with the IWM to develop a fully searchable online database of the Museum's Concise Art Collection. This database consists of 2,000 text and image records, copyright cleared for educational use, and is invaluable to those researching artistic representations of WWI. 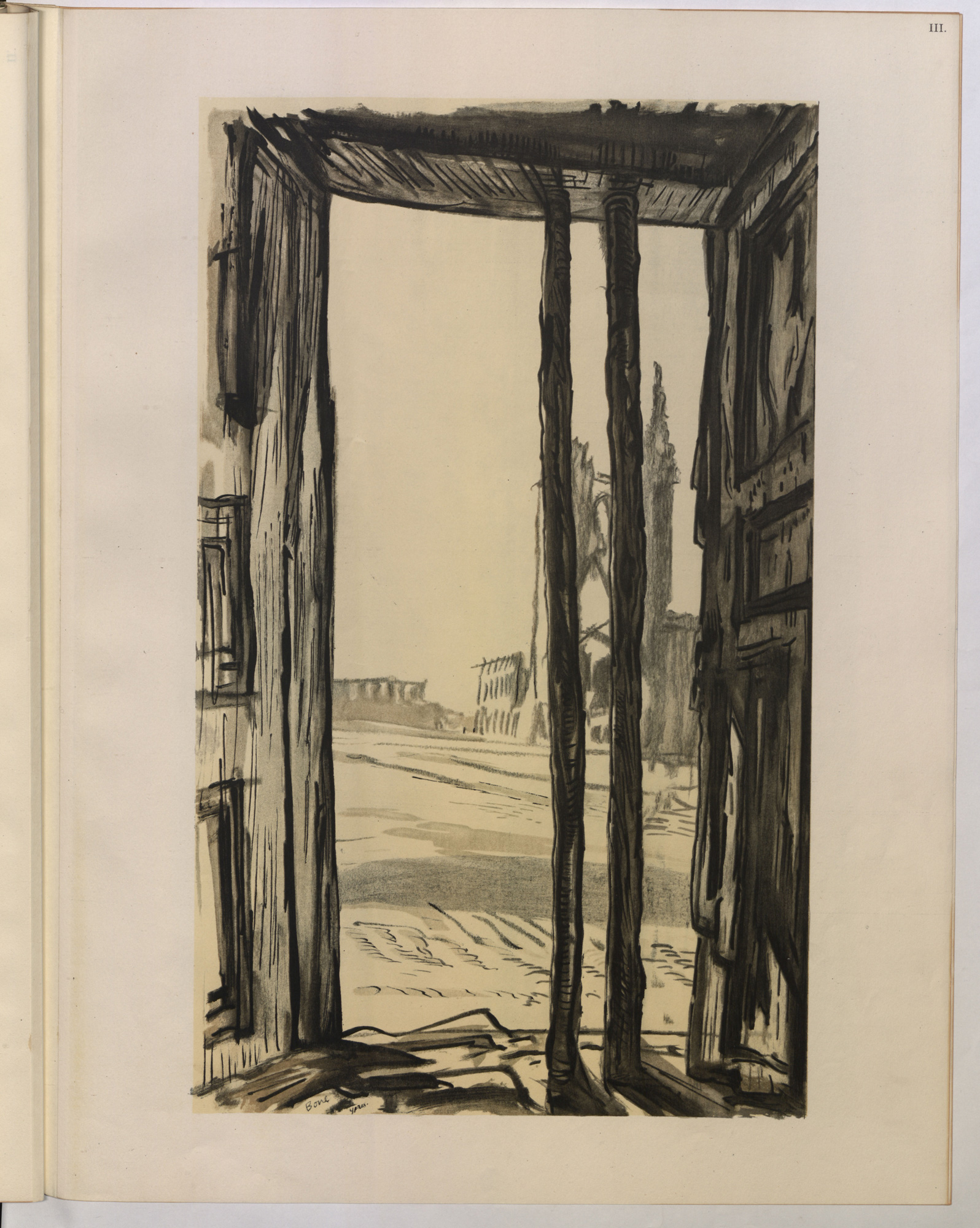 Artists were employed by all sides in WWI, in order to produce images for propaganda use. Britain’s first official War Artist, however, was not appointed by the War Propaganda Bureau until May 1916: the Scottish etcher and watercolourist Sir Muirhead Bone (1876–1953). He was sent to France until October, producing 150 highly finished drawings of the war in six weeks. In 1917 he returned, concentrating on towns and villages ruined in bombing raids. One of the worst affected places was Ypres, which because of its strategic position was the centre of sustained battles. The largest of these was the Battle of Passchendaele in 1917, which resulted in half a million casualties. The town was almost destroyed, as Bone’s sketch here starkly shows. Above all, his work was authentic. It was, he said, ‘War, as it is’. He showed the bare, sometimes mundane realities of the conflict – his approach contrasted with the work of some war photographers of the day, who in their frustration to create a dramatic image, superimposed negatives to make composite prints. Nevertheless, Bone’s honesty evoked a degree of criticism; some perceived that his deadpan realism was simply too accurate, and dismissed his drawings as being ‘too true to be good’. Further examples of Bone's work can be viewed among the British Library's digitised World War One collection items. 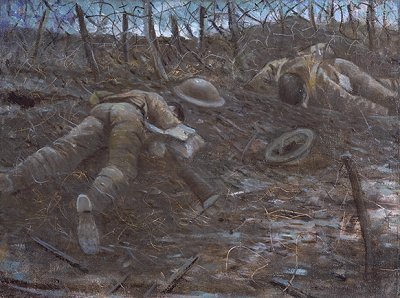 Many war artists offered harsh but realistic visual depictions of the death and destruction that resulted from combat. C.R.W. Nevinson’s Paths of Glory, accessible online via the IWM Concise Art Collection, is testament to this. Though the piece has a title which sounds idealistic, the irony is immediately clear; the image of two dead soldiers lying in the battlefield mud reveals the reality of war. 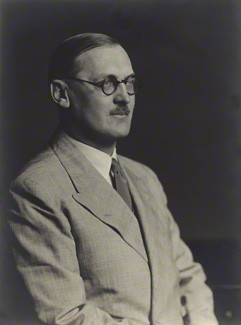 Those interested in consulting war photography held locally may wish to visit the Bodleian Library of Commonwealth and African Studies, which contains the Sir William Denis Battershill photographic collection. Sir William was a soldier and colonial administrator, who served in India and Iraq between 1914-1919. His photos include multiple scenes taken whilst on duty in India and Mesopotamia. Among the 263 images relevant to WWI are glimpses of camp life, fellow officers, and views of contested territory.

Via the IWM Collections and Research site, it is possible to access a substantial quantity of digitised photographs taken during WWI. These not only depict war-related scenes, but also artefacts from the period - including medals, weaponry and the cameras themselves. Available content includes photos of trench warfare, battle scenes, the Home Front, military portraits, naval vessels, POW camps and military hospitals.

The MOD Art Collection consists of over 1,500 items of publicly owned fine art and antiques, including paintings, drawings, engravings and photographs. The most important works in the collection are on loan to museums throughout the country, and include many pieces created during WWI. Particularly notable are a set of cloud studies by an unknown artist, painted in 1916. These paintings served to instruct new pilots who would shortly be flying aeroplanes in the newly-created Royal Flying Corps on the subject of which clouds would prove hazardous, and which could safely provide cover during combat over France. Researchers are encouraged to contact the collection manager (details found on collection website) for information about consulting such pieces. In addition, certain items (along with textual analysis) can be viewed online, including work by Muirhead Bone, W. L. Wyllie, Norman Howard and Augustus John.