Music and Cinema during WWI

WWI came at a time of transition for English composers. The older generation were at the end of their reign, and a younger generation (of enlistment age) were being trained. Ivor Gurney (1890–1937), Arthur Bliss (1891–1975) and Herbert Howells (1892–1983) were all students in 1914. Ralph Vaughan Williams (1872–1958), older than the undergraduate composers, interrupted his work to enlist. Writing music whilst on the front line was virtually impossible, and most ‘war music’ was crreated by those not on active service. As the pre-eminent composer of the time, Sir Edward Elgar (1857–1934) felt it was his responsibility to write pieces that could inspire and console. He perhaps came closest to achieving this with The Spirit of England (1916), a setting of words by Laurence Binyon (1869–1943). A digitised score of said piece is available to view on the British Library World War One website, whilst additional Elgar material from the period can be consulted via Digitised Manuscripts. This includes his sheet music for Sospiri (1914), Polonia (1915) and The Fringes of the Fleet (1917). 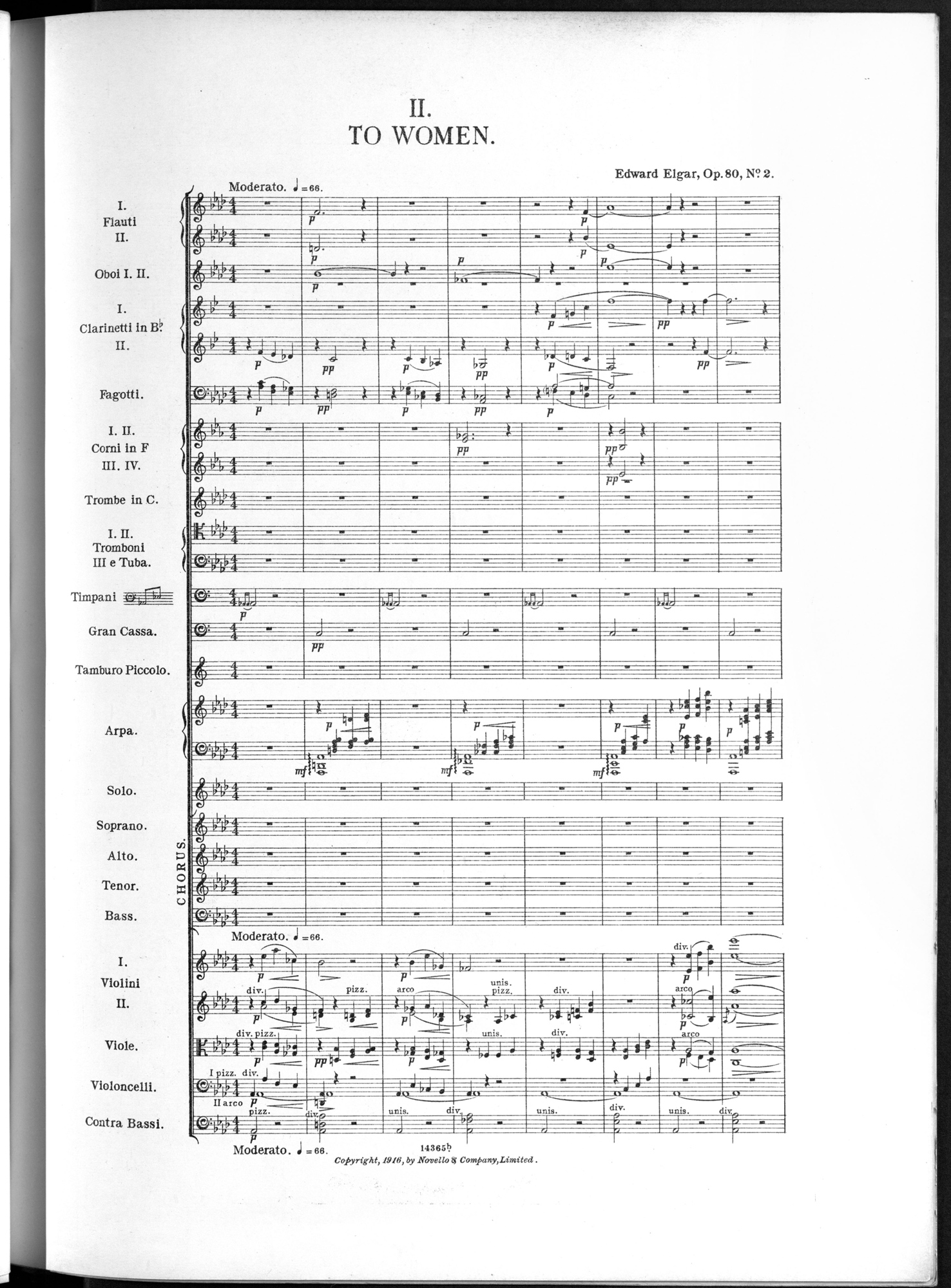 Edward Elgar, The Spirit of England, 1916, The British Library

Whilst Elgar's The Spirit of England initially proved popular, as the war progressed emotional needs changed. By the end of the conflict, the emphasis of classical composers was far more on pieces that would express people’s grief, and serve as a memorial to the dead. A key example of this is Gustav Holst's Ode to Death (1918-19), sheet music from which has been made available online by the British Library. Held by many to be Holst's most beautiful choral work, it was written on his return from Salonica, where he had been helping to organise musical entertainment for the troops. Music certainly  had a role to play in public and collective mourning, with works written specifically to remember the conflict including John Foulds’ epic A World Requiem (1919-21), which required 1,250 performers. Moreover, public works were often written as an act of private catharsis, as was the case with Ralph Vaughan Williams's Pastoral Symphony (1922), a piece which reflected on his harrowing experiences in the medical corps during the war. 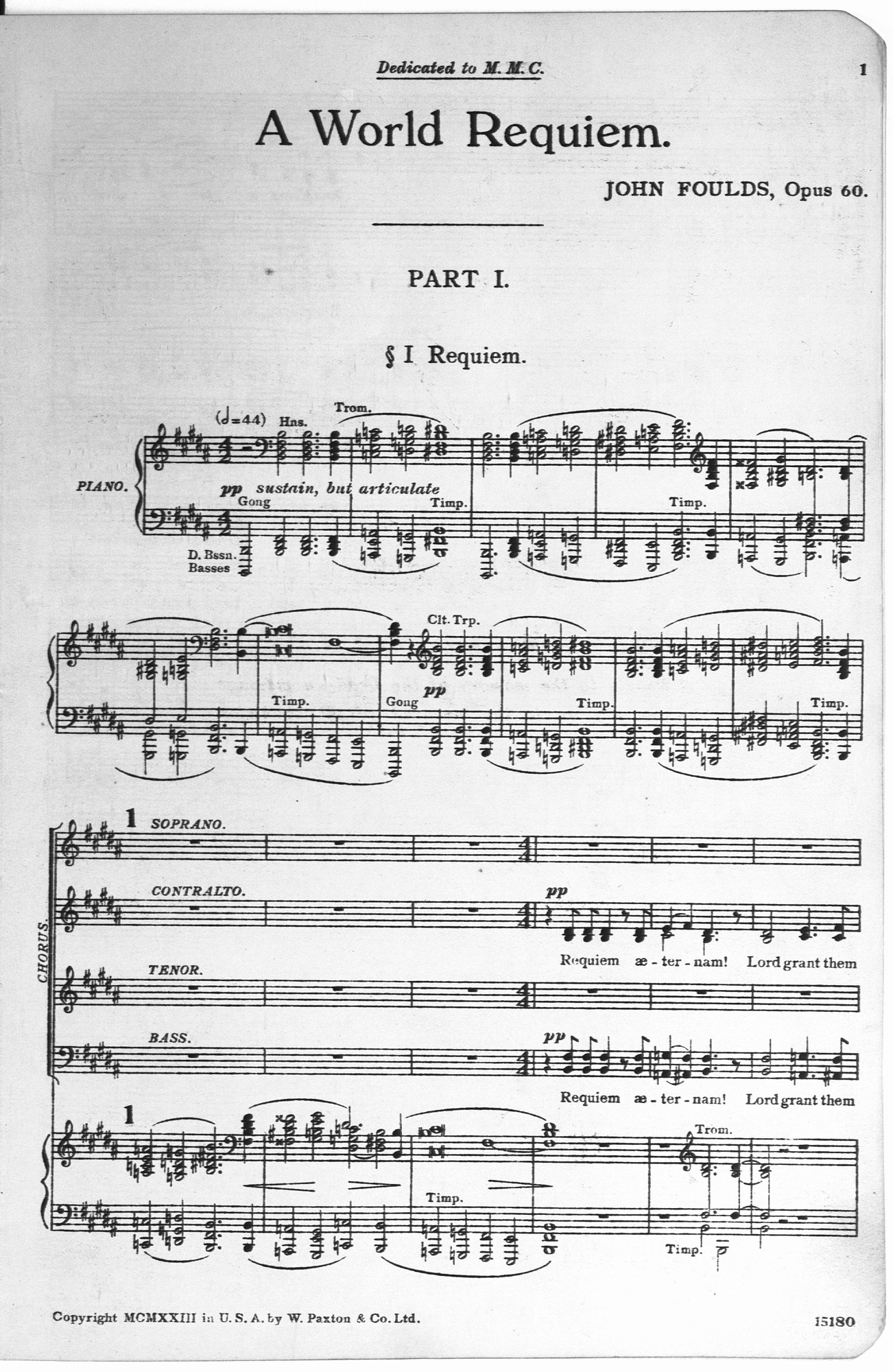 Pathé News produced newsreels, cinemagazines and documentaries in the United Kingdom between 1910 and 1970. During WWI, when cinema attendance began increasing rapidly, their newsreels were called Pathé Animated Gazettes, and for the first time moving footage provided newspapers with competition. As part of a drive to make this material more widely accessible, the Pathé News archive (known today as British Pathé) has recently been entirely digitised, and in April 2014 85,000 historic films were uploaded to its YouTube channel. Those investigating the scope and impact of the moving image during WWI will find much of interest here, which is also available to share. Below is an example of newsreel footage from the Battle of the Somme, 1916. 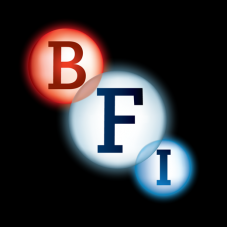 The British Film Institute, currently undertaking a five-year programme of screenings, archive restorations and events to commemorate the 100th anniversary of the First World War, has also made available an online collection of footage called  '1914 on Film'. Providing access to a selection of moving image, the resource provides valuable insight to the type of material informing popular opinion at the start of the conflict. Visitors can access films such as the action-based spoof Lt Pimple and the Stolen Submarine. In this film, three bearded spies are foiled by the ingenuity of Pimple, and are part of a sub-aquatic plot which noticeably reflects mounting naval rivalries between Britain and Germany. The collection also includes The Attack on Antwerp, a Topical Budget newsreel which depicts gallant Belgian troops in trenches as if firing at the enemy (a scene clearly staged for the camera), followed by a more authentic scene of artillery firing at a remote target. Meanwhile, explicit propaganda films such as German Spy Peril (among the earliest produced) are also available to view. It may be observed that both fact-based and fictional features from this period projected a clear (and largely dehumanised) German enemy.

Those interested in hearing original sound recordings from WWI may wish to visit the Collections and Research section of the IWM website, where it's possible to access (and share) a range of digitised sound files. These include excerpts from music hall songs, members of the armed forces singing, military bands, and performances from charity concerts in aid of wounded soldiers.

Below is a compilation titled 'Trench Warfare', which features a range of activity and music recorded behind the lines, including gunfire, marching, British troops singing, bands and bagpipes.

Britain was relatively new to film and its capability to spread and influence sentiment at the start of WWI; as such, the early years of the war were experimental in regard to using it as a propaganda tool. However, the moving image eventually became a powerful instrument for governments attempting to communicate with the masses, and films such as The Battle of the Somme (1916, available at the Bodleian) began to circulate alongside other features. By 1917 cinema attendance was so firmly established that it came under the scrutiny of the National Council of Public Morals.

The Bill Douglas Cinema Museum, University of Exeter, is home to one of the largest collections of material relating to the moving image in Britain. As both an accredited public museum and an academic research facility, it is an extensive resource, holding over 75,000 items. For those interested in exploring the cultural context in which WWI took place, as well as the nature of film produced during this period, the Museum is likely to be of significant interest. In addition to footage itself, the collections include a great deal of ephemera and marketing material. Fan magazines, programmes and publicity material are available to consult, as well as cigarette cards, toys, posters, handbills and sheet music. The museum also contains large numbers of press books, which provide an insight into how films were sold and marketed to an audience and who was expected to see them. The latter are likely to be of particular interest to those wishing to examine the links between propaganda and the moving image during this period.

For researchers curious to examine a wider range of music, beyond the classical composers, the Bodleian provides access to a volume of scores pertaining to music hall songs and popular music during WWI. Those available include, When Tommy comes marching home again (1915), Under the Golden Harvest Moon (1915) and Comrades o' mine (1917).

For a greater understanding of the logistics of musical output during WWI, including the range and volume of material available, it is worth consulting the British Library Sounds website, which provides access to digitised catalogues of records made during this period. These early record catalogues cover discs produced for the British market not only by the major record companies, but also smaller organisations such as Aco and Homochord.

These early catalogues cover discs produced by record companies for the British market during the acoustic era from 1898 to 1926. In addition to the major record companies, smaller companies are represented such as Aco and Homochord as well as foreign companies such as Odeon and Pathé who were producing discs in the UK at the time.

These early catalogues cover discs produced by record companies for the British market during the acoustic era from 1898 to 1926. In addition to the major record companies, smaller companies are represented such as Aco and Homochord as well as foreign companies such as Odeon and Pathé who were producing discs in the UK at the time.