Life in the armed forces

The Serving Soldier is a digitised resource containing themed selections of photographs and other archives drawn from the collections held by the Liddell Hart Centre for Military Archives at King's College, London. It provides an expanding body of material which illuminates the colourful and eclectic careers of servicemen, and is of great use to researchers of WWI. Material includes personal diaries, correspondence, photograph albums, detailed reports and memoranda, maps, posters and oral histories exploring war, peace and diplomacy. 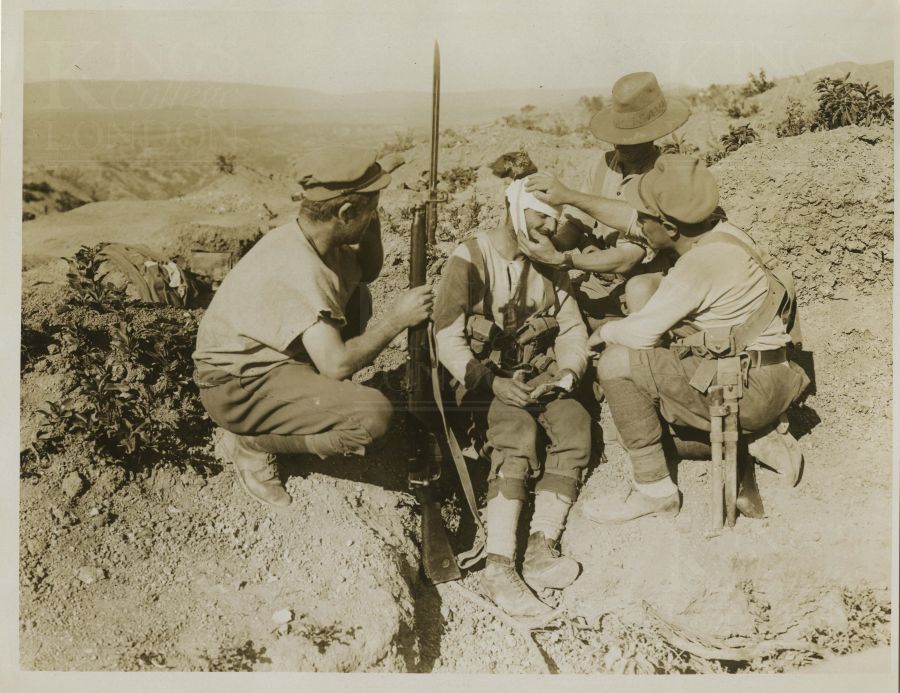 T.E. Lawrence, educated at Jesus College and more widely known as 'Lawrence of Arabia' , served as a British Army officer during WWI. He is known for vivid descriptions of his liaison role during the Sinai and Palestine Campaign, and the Arab Revolt against Ottomam Turkish rule. Readers can view a selection of documents from the T.E. Lawrence Papers via the British Library's Digitised Manuscripts site, including parts of a diary which has been written in pencil on the backs of Army Messages and Signals pads. The entries also include a number of sketch-plans of terrain. 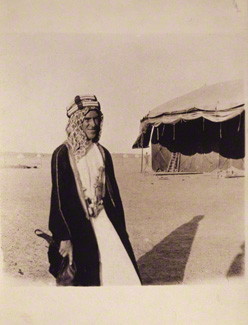 IWM: A Day with the Battalion of the Welsh Guards

IWM online incorporates many early films providing a visual perspective on life within the armed forces. These videos vary in scope, providing glimpses of areas including military parades, training on gas warfare, naval drills, aircraft construction and the wartime work of the ambulance service. The example below reveals training and off-duty scenes with the 1st Battalion of the Welsh Guards in the exotic White City Exhibition Ground, culminating in footage of a recruitment appeal. The video is dated spring/summer 1915.

A Day with the Battalion of the Welsh Guards (IWM)

John Rushworth Jellicoe was a navy officer who commanded The Grand Fleet during World War One. He led Allied warships against the German High Seas Fleet and was involved in high-level decision-making about naval operations. The Jellicoe Papers, held by the British Library, comprise correspondence, memoranda, reports, charts and other documents either created or used by Jellicoe during his service in the Royal Navy. Whilst the papers can be consulted in their entirety at the library, it is also possible to view a selection via their Digitised Manuscripts website, including a typewritten draft of ‘Narrative of the Battle of Jutland’, correspondence, sketches and charts.

University of Birmingham, The Courtney Collection

The papers of the Courtney family, held in Special Collections at the University of Birmingham, include 260 letters written home from France, Greece and Malta by Henry Gother Courtney during the First World War. Collections of this size are rare, and provide a unique opportunity for researchers to understand the intracies of life in the British armed forces. This particular resource is of added interest owing to Courtney's role as an ambulance driver with the Red Cross in France, prior to serving as an Orderly Officer in the Royal Garrison Artillery in Greece.

For those interested in local history, the Bodleian holds a copy of The Club at War: war edition of the Balliol Club Magazine (1916). The Balliol Club was established with support of Balliol College for the boys of the St Ebbe’s area of Oxford in 1907, with this special edition of the magazine reflecting on local activities during WWI. Balliol's Broad Street site hosted thousands of British and Commonwealth officer cadets on short training courses during WWI. These men were not members of Balliol or of the University of Oxford; rather, the Army was in effect renting the property.

The National Archives is a leading repository for research into the British armed forces. Aside from records pertaining to the War Office, Foreign Office, Admiralty and Air Force, it is currently possible to download a selection of unit war diaries, which provide a volume of information on  the cavalry and the first 33 infantry divisions of the British Army in the First World War. They are part of a large series of records, WO 95, which contains many more diaries that have not yet been digitised. Whilst they are not personal documents (it is worth exploring the Imperial War Museum for material of this nature), the records contain much valuable information. Some diaries record little more than daily losses and map references, but others are much more descriptive, with reports on operations, intelligence summaries and other material. A few contain details about awards of the Military Medal and the Meritorious Service Medal. The rest of the series can be accessed at Kew.

The Liddle Collection incorporates the personal papers of several men who saw active service during WWI, working with the RFC (Royal Flying Corps), RNAS (Royal Naval Air Service), and the RAF (Royal Air Force). The papers include material pertaining to H.G. Penwarden, who served at Gallipoli and in Egypt/Palestine, subsequently progressing to Squadron Leader. Penwarden's papers incorporate diaries, notebooks, press cuttings, field Service postcards, and typescript statements regarding his capture and experience as a prisoner of war in Turkey during 1918. Researchers can also consult personal papers by men who were active in the Caspian Naval Force at the end of the war, along with recollections and typed transcripts of interviews conducted with members of the Royal Navy and Merchant Navy.