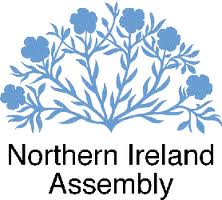 The Official Papers section has a comprehensive collection of Northern Ireland Assembly, they are kept on open shelf on the ground floor. Please search SOLO in the first instance. Do contact official.papers@bodleian.ox.ac.uk if you need assistance.

Political power was first devolved to Northern Ireland with the establishment of the Northern Ireland Parliament in 1921.  The introduction of direct rule from Westminster in 1972 was intended as a temporary measure and attempts to restore devolution continued throughout the troubles.  A Northern Ireland Assembly met from 1973 to 1974 and formed a brief power-sharing government.  This was followed by a second Assembly between 1982 and 1986 which had no legislative powers.

The Belfast Agreement in April 1998, also known as the Good Friday Agreement, established the present Assembly.  A devolved government was formed in 1999 but was suspended in 2002 after a breakdown of trust between the parties.  Two shadow assemblies met during suspension to provide a forum for political discussion and the St. Andrews Agreement in October 2006 led to the restoration of devolution in May 2007 and the establishment of the current Northern Ireland Assembly. (Northern Ireland Yearbook, p.14)