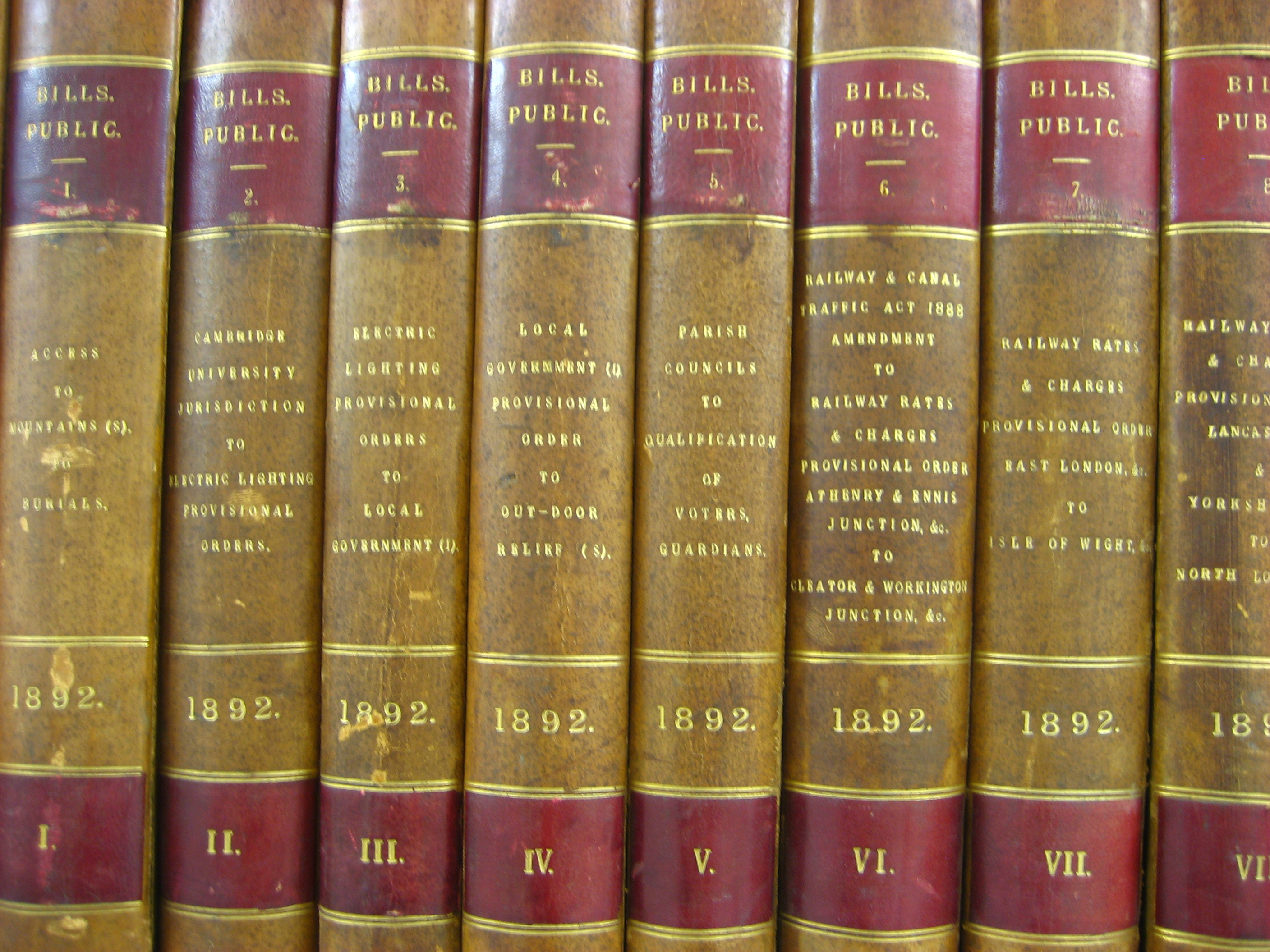 This really is an incredible set of primary source material. Within this vast set, over 25,000 volumes there is an absolute wealth of information. Subjects range from:  slavery, small pox and railways to the sinking of the Titanic. You will also find maps, illustrations and photographs within the documents. Large series of commissioners reports, annual departmental reports and statistics also run through the collection.

Bills At the state opening of Parliament the Government lists the legislation that it hopes to pass in the Queen's/King's speech. A Bill is the form legislation takes before it becomes and Act. A bill has to go pass through a set procudure where it is debated in both chambers of the House where amendments are made. The various stages are published as House of Lords Bills (HL Bill) or House of Commons Bills (Bill)   Bills start from 1 at the begining of each new Parliamentary session.

House of Commons/Lord Papers  These are papers which result from the work of the House and its Committees or are otherwise necessary for its
work. To include select committee papers, minutes of proceedings of public bill committees, estimates and appropriation accounts. The papers start from 1 at the begining of each new Parliamentary session.

Command Papers are Parliamentary Papers presented to the United Kingdom Parliament nominally by command of the Sovereign, but in practice by a Government Minister. The numbering is continuous over sessional sessions, they are differentiated by a letter prefix: They bound with the House of Commons papers. The House of Lords does not generate command papers.

Progress of a bill

Guide to a passage of a bill

The Parliament of the UK had 3 roles.  Firstly to debate and pass legislation, secondly to scrutinise the work and role of the government and also to provide a mechanism for the government to raise taxes.   This guide will concentrate on the first role, the passing of legislation. The UK Parliament consists of 2 houses and broadly speaking any decision made in one of the houses must be approved by the other.

The House of Commons is made up of elected members (MPs) and the party that holds a majority of seats usually forms the government.  This is where the majority of debate on big political issues takes place and from this the proposal of new laws.  The Commons is the only place where the third role of government takes place (although advice can be taken from the Lords on financial matters it can not oppose them).

House of Lords is made up mainly of those appointed by the Queen but there are members internally elected and a small number from the Church.  The Lords has a major role in the passing of new legislation and as advisors on policy and special topics.