The catalogue is arranged primarily by chronological order of acquisition. The running-numbers for seventeenth-century accessions (nos. 1-8716 = vol. II, parts 1-2) are those used in Edward Bernard, Catalogi librorum manuscriptorum Angliæ et Hiberniæ in unum collecti (2 vols., Oxford, '1697' [really 1698]) and the sequence continues from there. 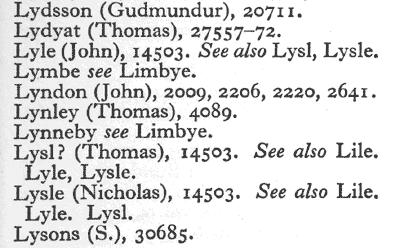