Since the earliest days, donors have been of great importance to the library. As Elizabeth Wordsworth recorded in her memoir Glimpses of the Past (1912): in “the very early days, our library would not have filled a single shelf. It consisted at first of exactly two books … By degrees, however, books came in. Newnham generously presented us with some – a friendly act, for which we were especially grateful; and Messrs. Murray and Macmillan were also very kind in giving us books. As time went on we had other gifts from private donors. Among these we shall always cherish the memory of Mr. Ruskin.” 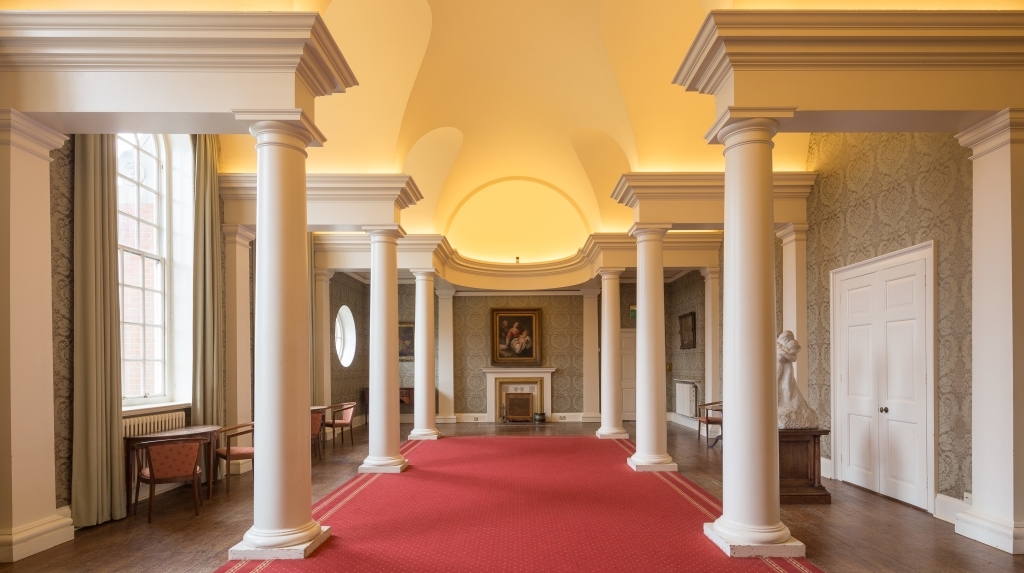 The original library was housed in Old Hall, and according to an 'extract from a guidebook' in the first issue of The Daisy (the LMH student magazine), published on February 8, 1890, it was "filled with volumes of every kind, handsomely bound without, and full of useful learning within, a picture in miniature of the students themselves". When the college was expanded in the early twentieth century the library moved to a purpose-built room in Talbot Hall, now known as the Old Library (shown above). This was described in Lady Margaret Hall: a Short History (1923):

"The Library is a beautiful room also, but scarcely large enough for its purpose. The problem of books and their expense is an increasingly urgent one. A college can never possess enough and the Librarian has already been hard put to it to fit all the subjects into their rightful positions." 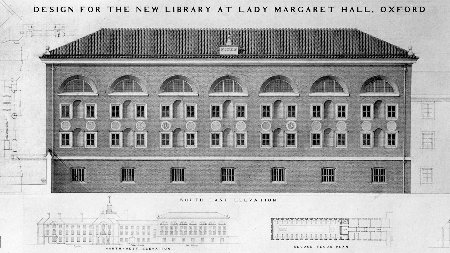 The library gradually colonized the surrounding rooms as the stock increased. The 1954 Victoria County History of Oxford records that "the library, built in 1909 as part of Talbot Building, has overflowed its original domain, and after Deneke was built in 1932 the whole of the central block was adapted for library purposes. At present it houses about 24,500 volumes." Apparently the science books were kept in the basement, which occasionally flooded! Despite this pressure on space, it was not until the late 1950s that, under Lucy Sutherland, plans were made for expansion. The College obtained permission to shut off the end of Norham Gardens and Benson Place, and create a new quadrangle by the building of a new library on the north side. 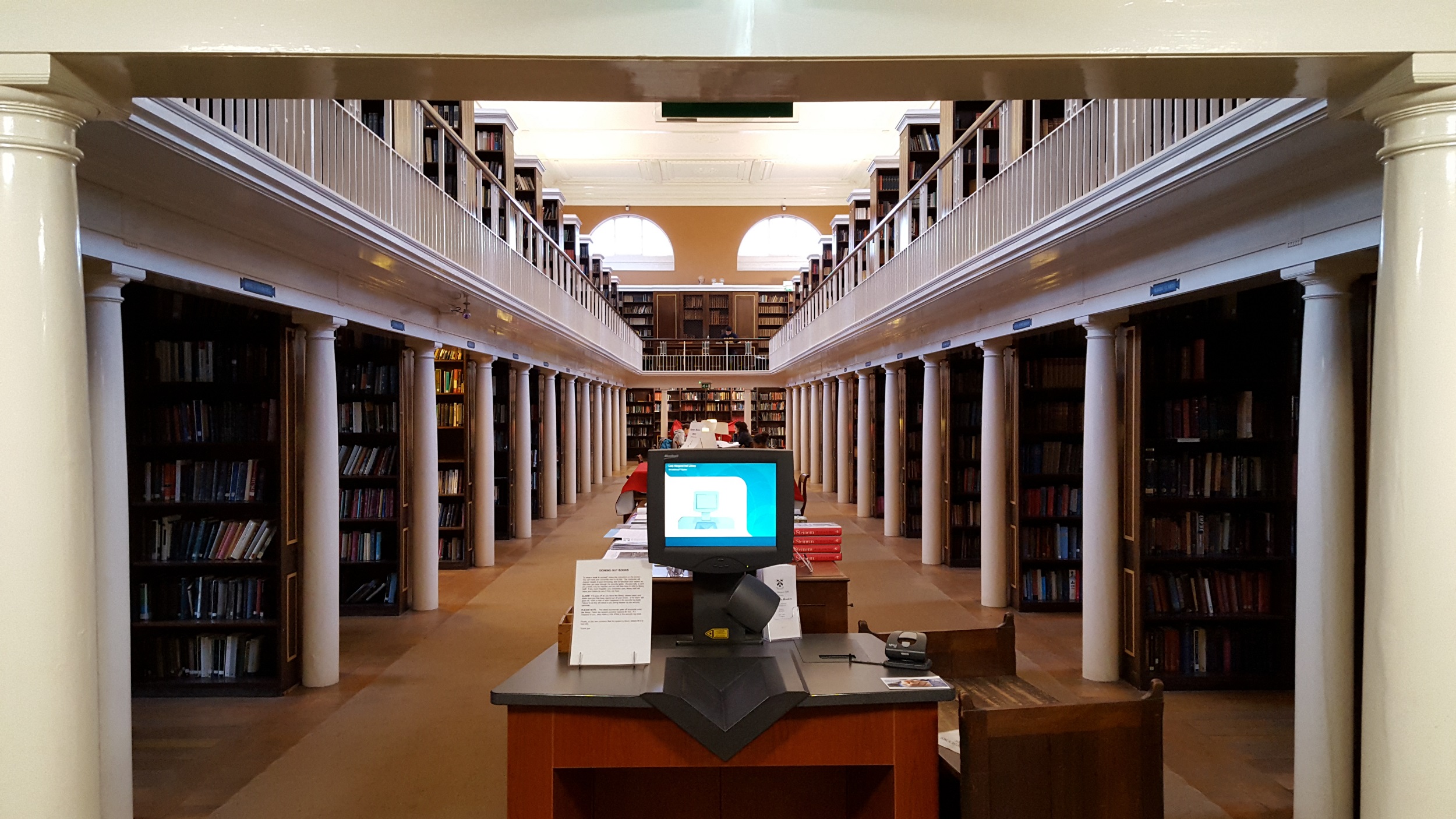 This new Library was designed by Raymond Erith, and was opened by the Queen in 1961. It was intended that it should fill the entire building at some point, but at this stage, it took up two floors, and the ground floor was used for student rooms. Individual bays in the Library were named after past and present members and other benefactors. Lynda Grier and Lucy Sutherland are jointly commemorated in the plaque over the entrance to the Lynda Grier building. 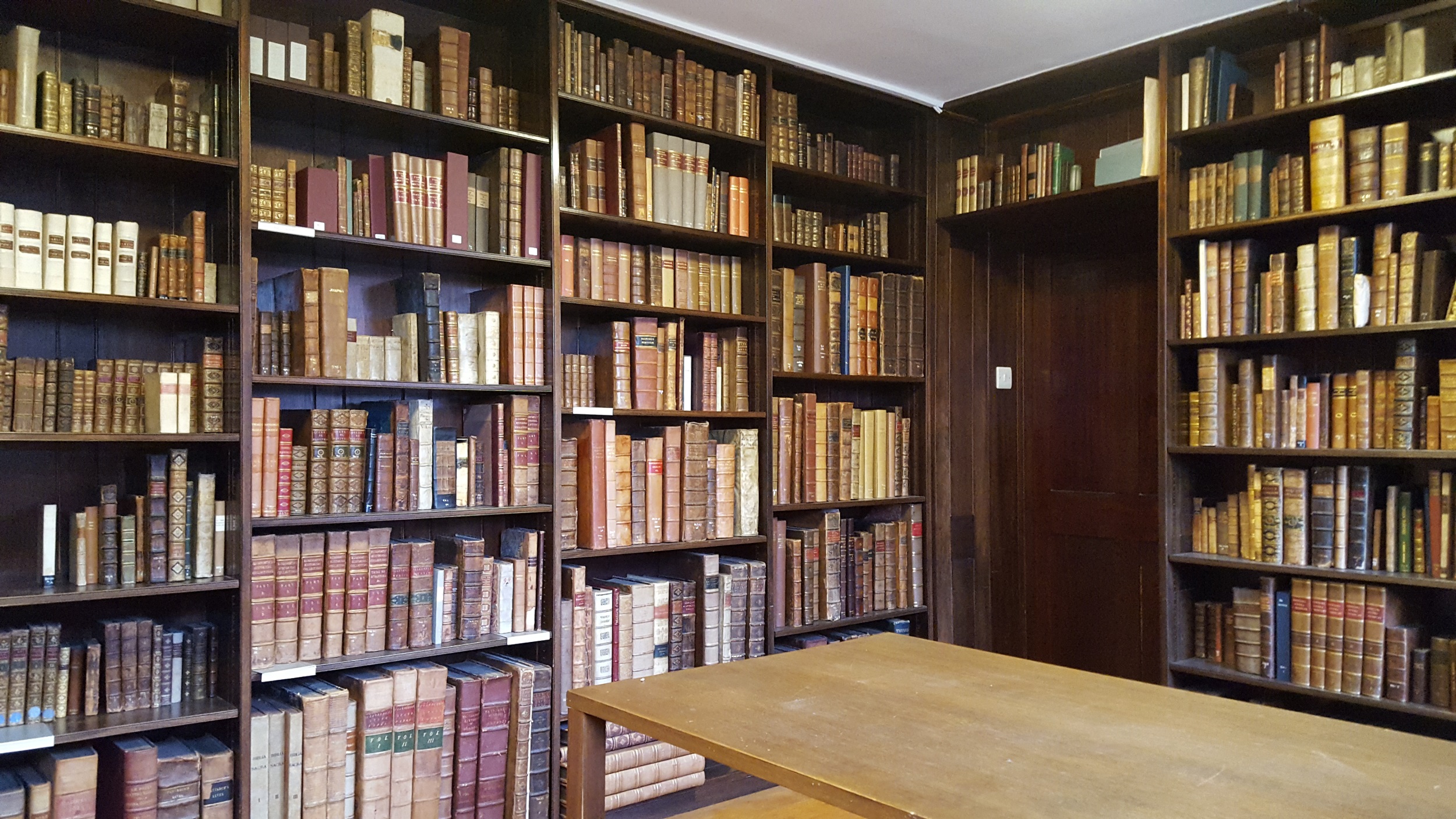 In 1984 the most precious books were gathered together and placed in the Briggs Room. This is named after the writer on folklore Katharine Briggs (LMH 1918-22), who had recently bequeathed to the College her collection of antiquarian books, mostly dating from the 17th century. 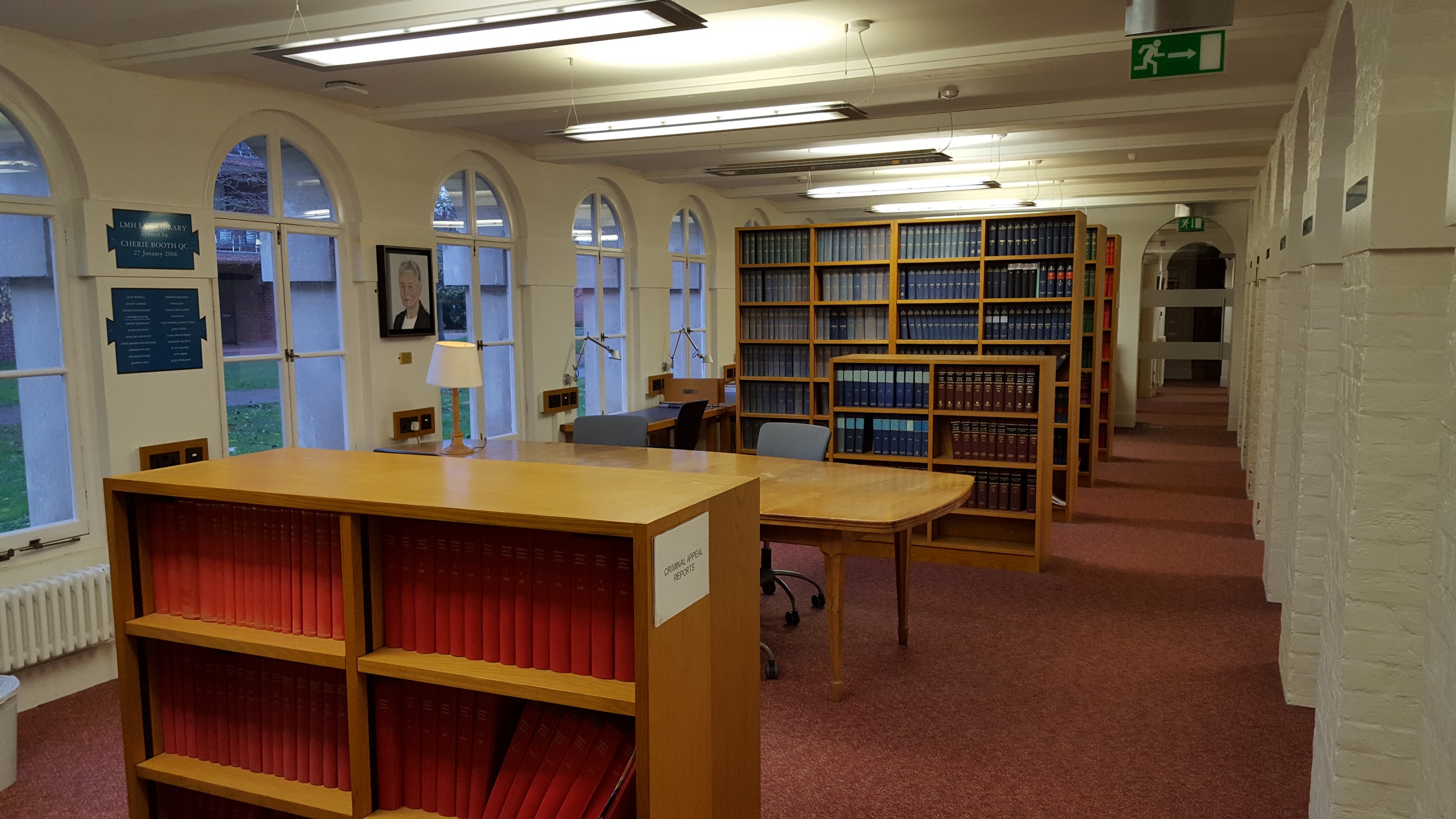 The ground floor has subsequently been entirely converted to library use, as had always been intended: the most recent stage being part of a full refurbishment and modernising of the Law Library, which was completed in 2005. This included creating the Joyce and Lawrence Lacerte Rare Books Room, as the Briggs Room is now too small to contain all of LMH’s treasures. 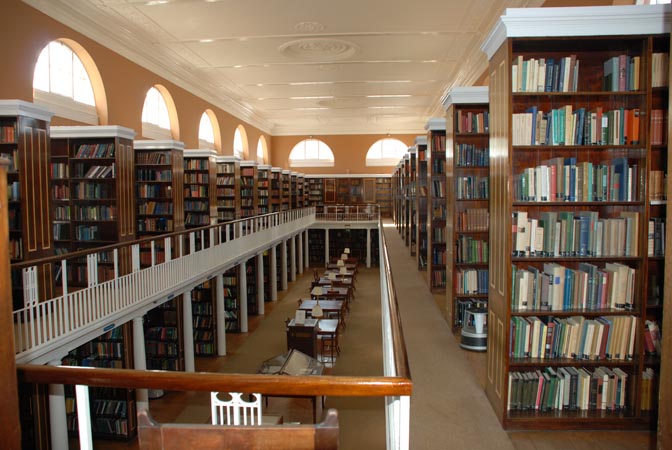 The Library is considered to be one of Erith’s best and most successful designs.  It is beautiful, and wonderful to work in, and this was perfectly expressed by Elizabeth Mackenzie (English Fellow and Fellow Librarian 1951-88) shortly after the Library had been opened.

“It is perhaps the effect of the individual bays, but one does feel at once, working there, that one is in the centre of a library, not at the side or end of a room: not shivering on the Great Wall, but like the Emperor of China in the middle of his web.  This feeling of security, even of power, is of course, a peculiarly architectural quality.  And it is not accidental that everyone who exclaims at the beauty of its interior – and it is beautiful – says at once ‘How much I should like to work here.’ That surely is the proof of its success.”