Use this guide to find out about books and online resources for law and literature, including ebooks, ejournals, bibliographic databases.

Many different scholars mean many different things by the term 'law and literature'. This Law Bod Guide divides them into different areas for convenience.

Law and literature is an interdisciplinary subject that has grown since the 1960s and 70s and uses both legal studies and literary studies to explore the boundaries and shared ground of both subjects. Its origins are mostly in America, but a separate field of European law-and-literature studies, drawing on poststructuralist and postmodern traditions, has also developed. Some of the key debates - such as rhetoric v. reason - are ancient philosophical debates.

SOLO is the portal for searching all resources e.g books, journals and databases that are accessible through the University. All the collections held or purchased by each of the Bodleian libraries are included in SOLO. When you have found a result on SOLO for an item you wish to read, do make sure you note not just the shelfmark  but also the location, or name of the library which holds it!

Always feel very welcome to ask at the Enquiry Desk for help if you're not sure where to locate a particular book whenever you are in a Bodleian Reading Room.

If you find a book you want to use for research that is not held in Oxford you have two options: 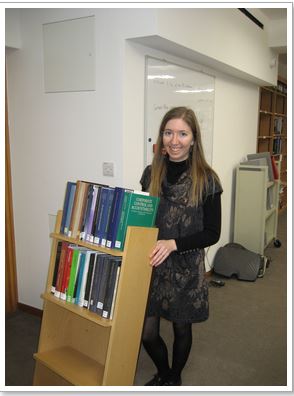