What is a byelaw?

Byelaws are effectively local laws to deal with local issues. They are made by a body, such as a local authority, using powers granted by an Act of Parliament, and so are a  form of delegated legislation. Some byelaws are made by private companies or charities that exercise public or semi-public functions, such as airport operators, water companies or the National Trust
Byelaws generally require something to be done - or not done - in a particular location. As the non-observance of a byelaw result in a criminal offence tried in a Magistrates' Court, they must be approved by central government before they can come into force.

When, for example, a council has formally resolved to adopt a byelaw, the byelaw should be made under the common seal of the authority and should be placed after any schedule or plan included in the byelaw. The document should also be signed and dated. After the byelaws have been sealed, a notice of the council’s intention to apply for their confirmation must be given in one or more newspapers circulating in the area to which the byelaws are to apply.

For at least one month after the date of the publication of the newspaper(s), a copy of the byelaws must be held on deposit at the offices of the council for inspection by the public at all reasonable hours. After this period the byelaw can be put before the Secretary of State for approval and date of enforcement.

Countryside Byelaws: Byelaws concerning the behaviour of the public in the countryside are limited to defined areas, and might be made by a local council, a national park authority, or other bodies established by statute specifically to look after a particular area. Example: Marine Management Organisation byelaws

Military land byelaws: The Secretary of State for Defence has powers under section 14 of the Military Lands Act 1892 to make byelaws regulating access to Ministry of Defence lands, including their use by the public for recreation. The Ministry of Defence is currently is carrying out a far reaching overview and update of byelaws as they relate to all MOD sites in the UK. Byelaws by region 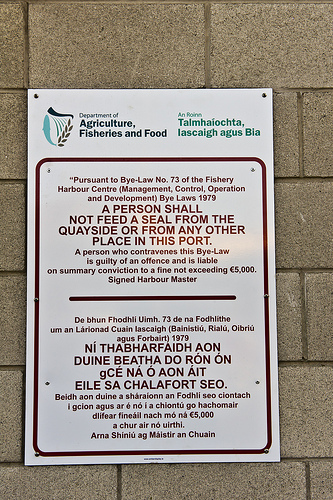