This guide is intended for students and reasearchers studying the history and development of European Union at the University of Oxford, although students and researches from any field may find it useful.

Use this guide to find out about the collection of official publications of the European Union held in the Bodleian.

For current information on the EU and to access to recent documents, use the links from the EU’s own server Europa.  There is also a Google search box set up by EU4Journalists that you can use to search the 28 million pages on Europa.

Navigate through this guide by clicking on the pertinent tab you can see above  (below the main title of this guide).

European Documentation Centres are neutral collections of official publications of the European Union, which are open to the public, and usually housed in academic libraries.  There are EDCs throughout the EU.  EDC status entitles the host library to receive one copy free of charge of most significant publications and documents of the EU.

The print material which the Bodleian Library received in its capacity as an EDC (1963 - 2020) is available on the Ground Floor of the Bodleian Law Library.

The collection contains historical official publications of the European Union:

Journals
Journals and newsletters are filed at the end of each subject division.

The shelf marks page in this guide has further information on the subject arrangement. 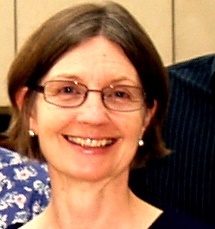