Games for Research: The world view

106. Oxford, a pleasant city ; containing the finest university in the world.  87. Cambridge, a disagreeable town. 90. Lynn Regis or King's Lynn, famed for the wine trade... 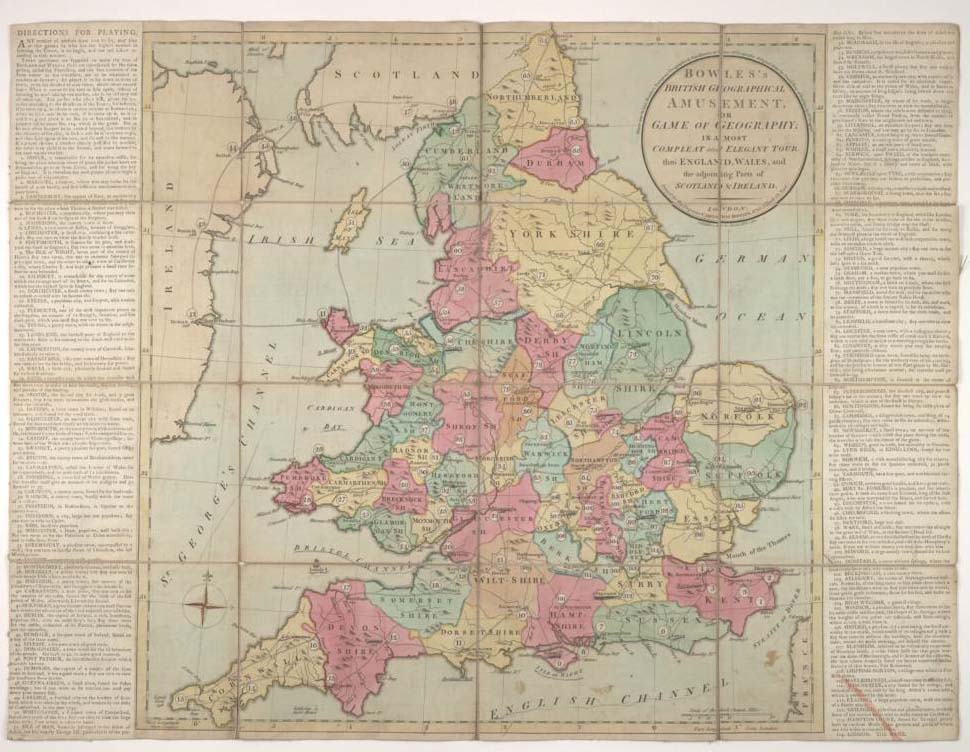 Bowles's British geographical amusement, : or Game of geography, in a most compleat and elegant tour thro' England, Wales, and the adjoining parts of Scotland & Ireland. JJColl: Games 26 (11) 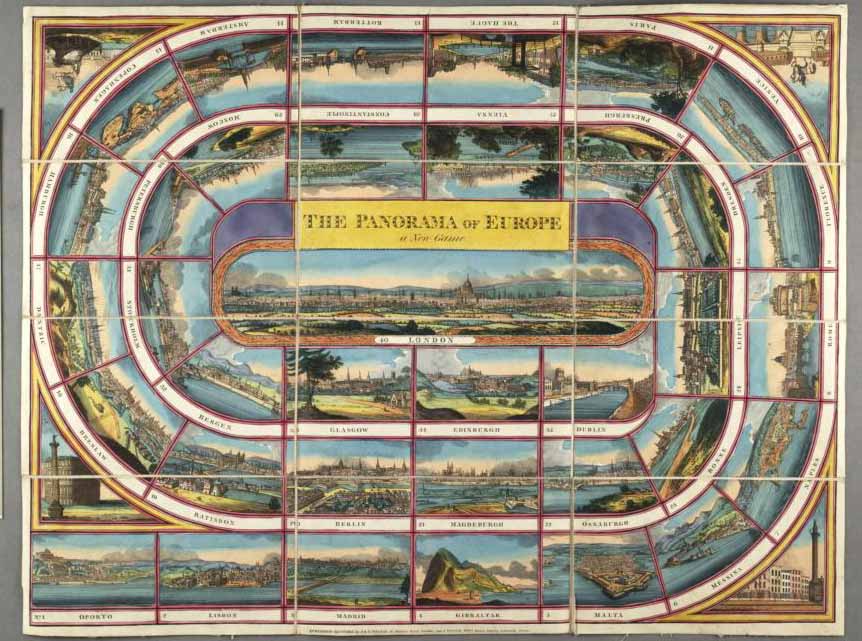 Map games abound with the ever-changing perceptions and realities of country and county boundaries.  Wallis, Passmore, and  Bowles among others produced maps of Britain, with keys to each town or place of interest. It was common for these maps to be published as dissected puzzles (the precursor of the jigsaw), challenging the child to learn the relative positions of places or countries. A game such as Tar of All Weathers (lithographed by Barfoot and published by Ogilvy in c. 1860) is rich in symbolism and prejudice.  A game of the empire, it shows Queen Victoria resplendent at the head of Africa, Asia, etc the people of which continents are depicted in stereotypical roles. The rules are included. The object of the games was to match counters with the colonies they represent, necessitating a knowledge of geography. 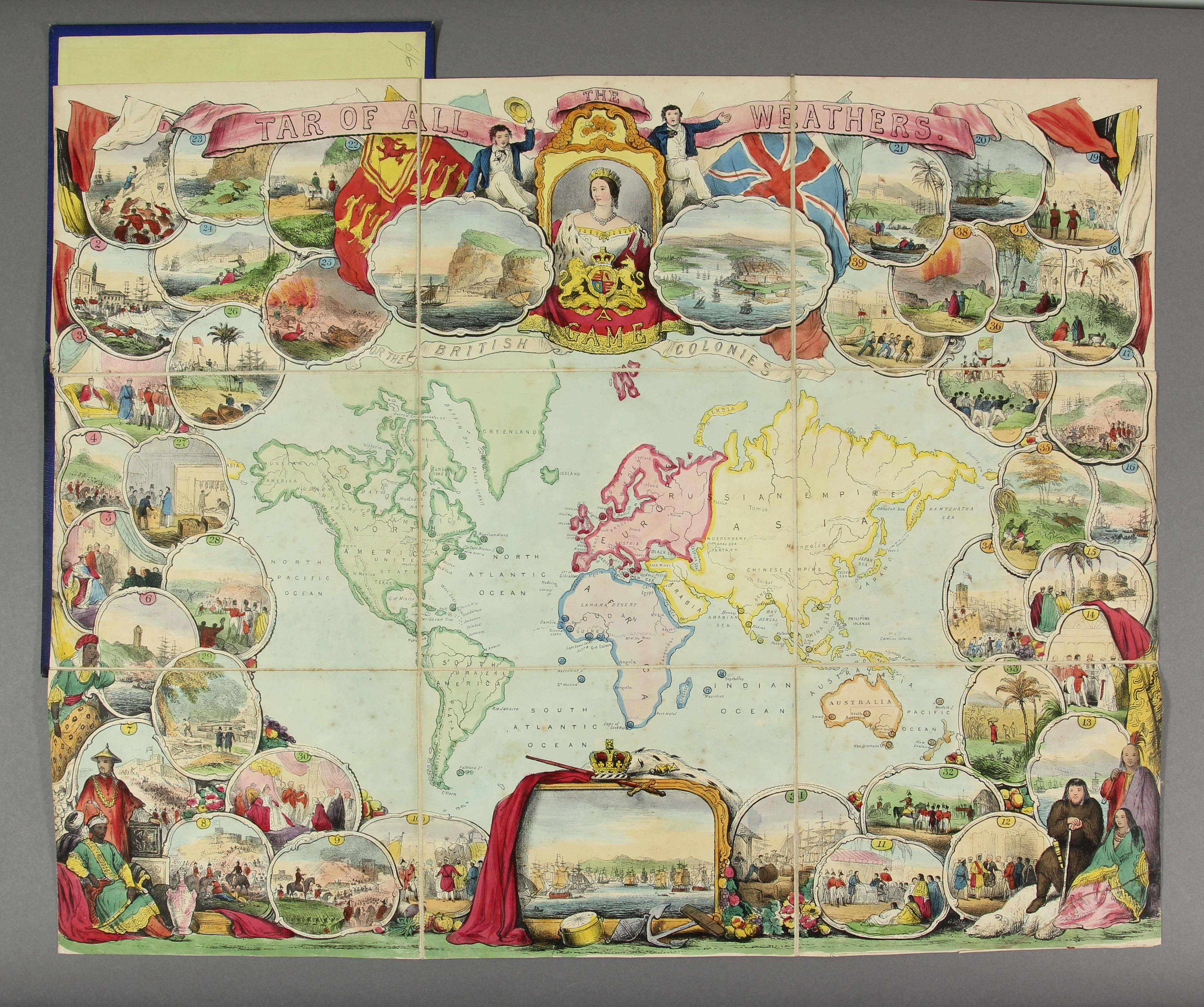 From Mansfield Park by Jane Austen

"Dear mamma, only think, my cousin cannot put the map of Europe together" 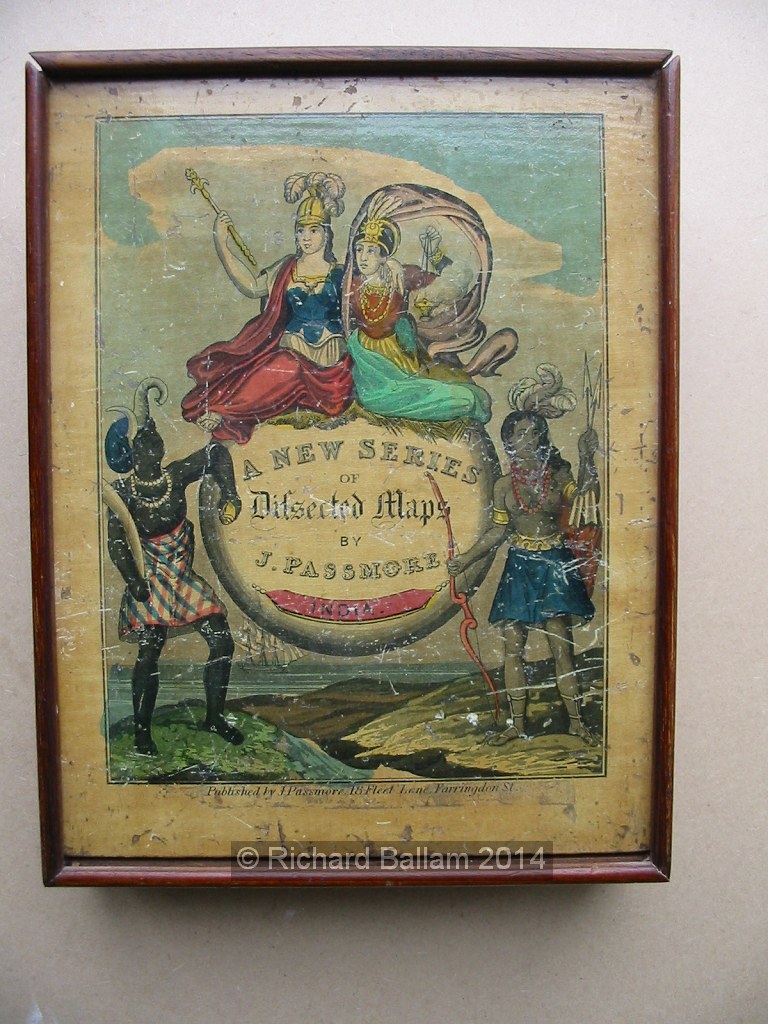 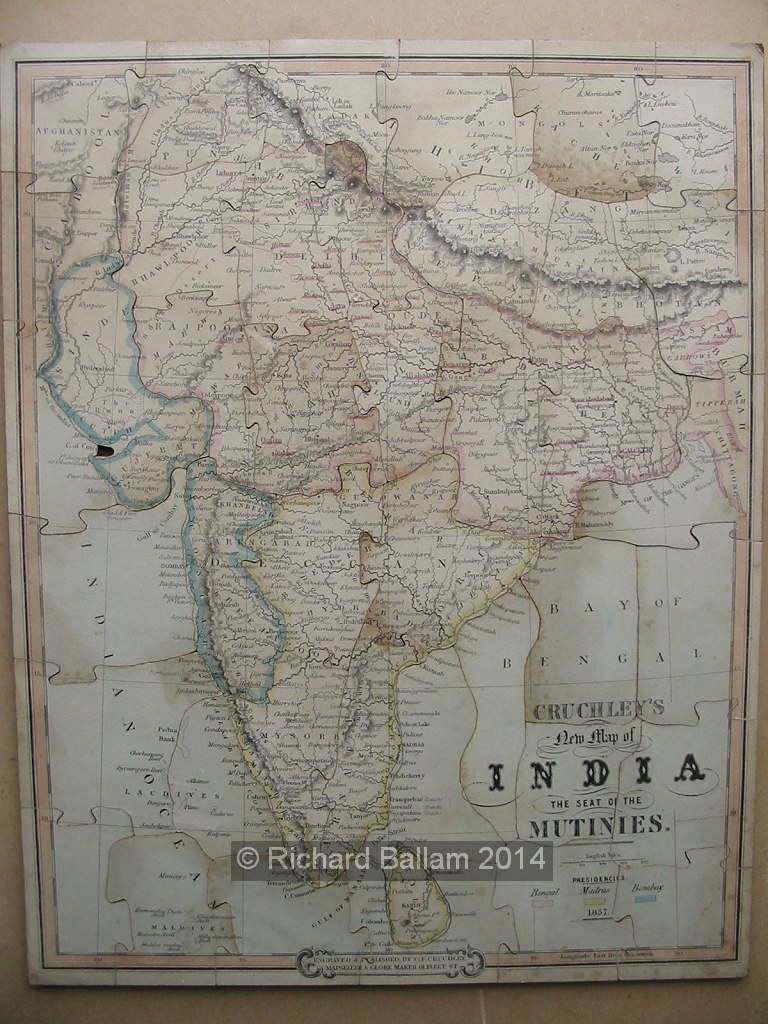