The Bodleian Libraries do not have perpetual access to all of the ebooks available via SOLO. Some ebooks, for example, are included as part of an annual subscription package, the renewal of which may be subject to funding. These packages are referred to here as special-case packages.

In other instances, the Libraries may have acquired temporary access to titles as part of an offer or initiative promoted by a publisher or supplier. Evidence-based Acquisition (EBA) is an example of such an initiative. It is an arrangement that permits full access to a large catalogue of ebooks for a fixed period. After this period, the Libraries are given the option of purchasing a selection of titles from the catalogue to add to their permanent collection, taking usage figures into account.

On this page you will find the details for special-case packages and current EBAs subscribed to by the Bodleian Libraries.

Individual ebooks included as part of special-case packages can be searched for in SOLO.

Ebooks that feature as part of a special-case package will carry a temporary-access note on the SOLO record as in the screenshot below.

Individual ebooks included as part of EBA packages can be searched for in SOLO.

In most instances, ebooks that feature as part of an EBA package will carry a temporary-access note on the SOLO record as in the screenshot below. 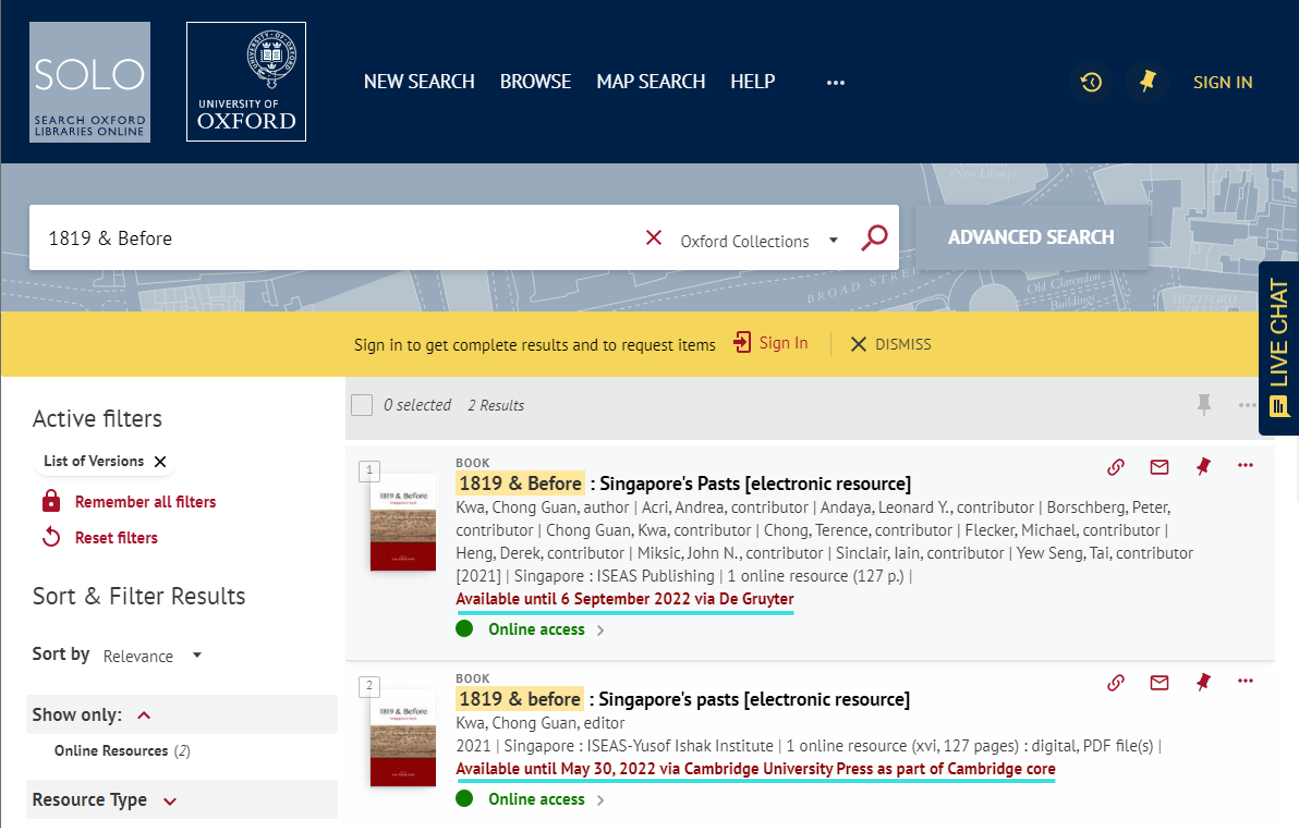 Further information about the Bodleian Libraries' eresources, including new and trial resources, is available on the Databases A-Z LibGuide.