An "emulator" is a software which mimics the behaviour of another computer environment. It is used in digital preservation to access software and digital files which require obsolete technological environments to run. For example, an organization could use a Windows 3.1 emulator to access a WordPerfect file from 1994 on the document editing software which originally created it (Corel WordPerfect version 7.x).

Emulation software has been developed by gaming enthusiasts since the early 1990s, but has also sparked debate and interest within the digital preservation community since the early 2000s. While emulation environments were originally seen as complex and time consuming to set up, new developments such as in-browser-emulation has lowered the barrier to use. Today, one of the biggest obstacles to using emulation software is instead around legal concerns. The licensing landscape for obsolete software and Operating Systems required for emulation is still complex.

There are a number of benefits to using emulation for accessing file formats and obsolete software. These include:

Emulation as a service

Emulation as a Service (EaaS) is a scalable service model to allow organizations to access emulated environments and deliver them to users. The EaaS architecture simplifies access to preserved digital objects and provides original environments to users. It utilizes ready-made emulation components and a flexible web service API for tailored digital preservation workflows.

There are some demo use cases for EaaS available here.

One project which used Eaas in the cloud was Rhizome's Theresa Duncan's art game CD-ROMs from the 1990s. By providing access to them on the web, users can play the games without needing to download and install any additional software or disk images to their computer. The games Chop Suey, Smarty, and Zero Zero are available to play using an emulator here.

There are a number of drawbacks to emulation, which do not always make it a practicable choice:

Game emulation remains a very popular example of using emulators to provide access to original files. It does strip the game of the original hardware, but it creates a software environment where the original game can be played on a variety of devices, from small computers (like the raspberry pi), to mobiles, special devices (the mini NES and SNES systems) and the web. The Internet Archive provides access to a number of emulated games, such as those for MS DOS, and emulated computer environments like the Mac OS 7.0.1 from 1991. 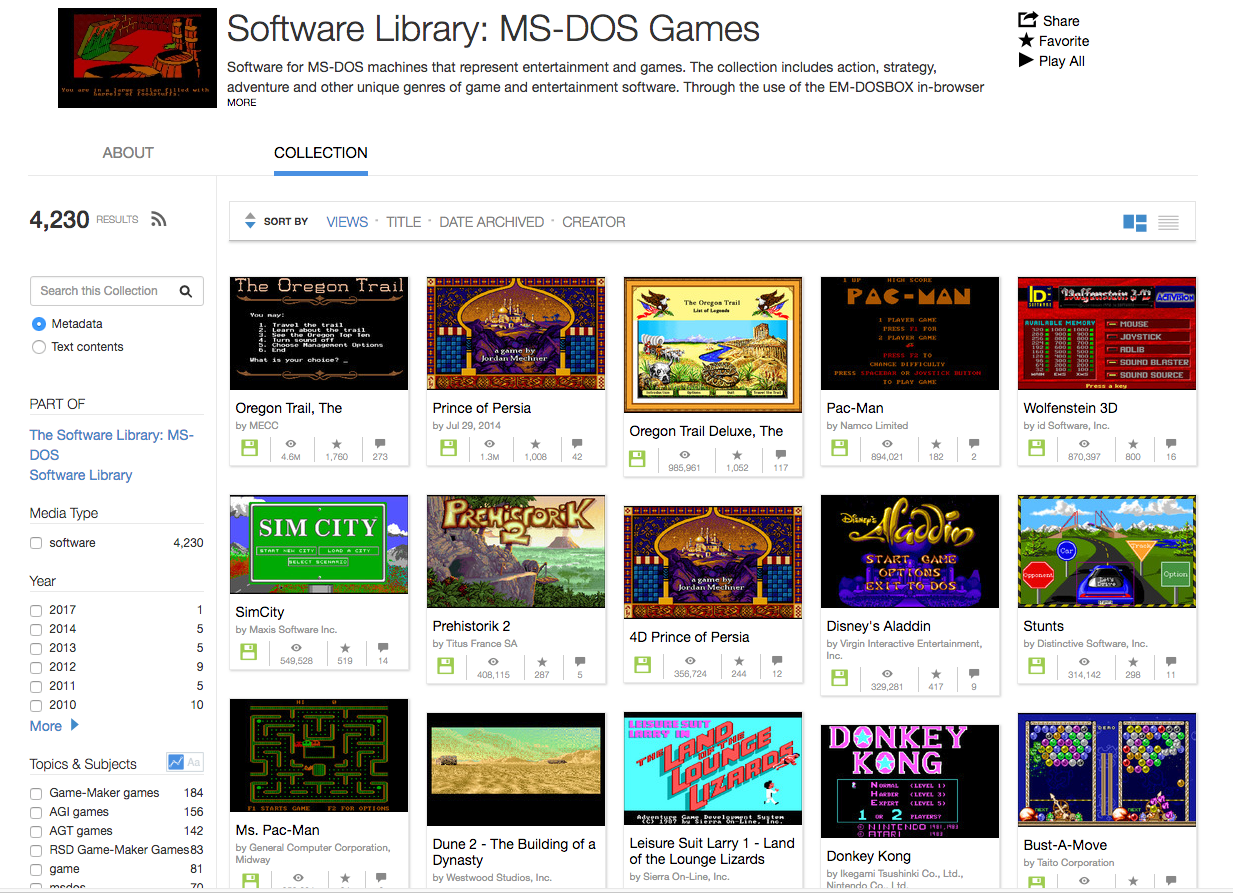