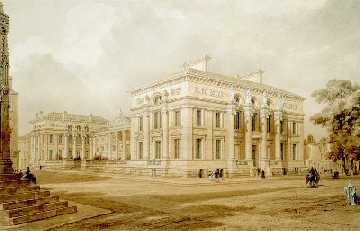 SOLO
Oxford's union catalogue for the holdings of university, departmental and college libraries as well as e-resources available to Oxford researchers.
Using SOLO

OxLIP+
Access to online resources and databases in all subjects.
Using OxLIP+ 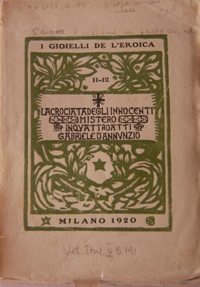 Oxford's collections in Italian literature and language (including linguistics), from the medieval period to the present day, are rich and diverse. Materials are collected across the University as broadly as possible, including in related subject areas (e.g., art, history, theology, etc.).

The Taylor Institution Library (located on St. Giles') is the principal repository for materials on Italian literature and language.

This building houses three collections: the Research Collection, the Teaching Collection and the Linguistics Colllection.

The Research Collection
Italian language and literature are well covered from the medieval period to the present day. Monographs and periodicals are collected. Most titles (in both collections) may be borrowed.

The Teaching Collection (aka Modern Languages Faculty Library)
Provides materials in support of undergraduate and taught postgraduate courses in Italian language and literature from the medieval period to the present day. Items for acquisition are selected in line with reading lists, syllabi, and recommended authors, and in some cases multiple copies of key texts are made available. The Library subscribes to various Italian magazines and newspapers, and there is a growing collection of Italian film (see guide to Film Studies).

The Bodleian Library also has an extensive collection of materials relating to Italian language and literature. Books published in the UK arrive there through the legal deposit agreement and are available for reference use, as are theses completed in Oxford in the field of Italian.

The art and architecture collections at the Sackler Library are useful for research on (for example) Leon Battista Alberti and various art and literary movements such as Futurism.