Diderot's and d'Alembert's encylopédie: Signs of the future

Children working in the paper factory 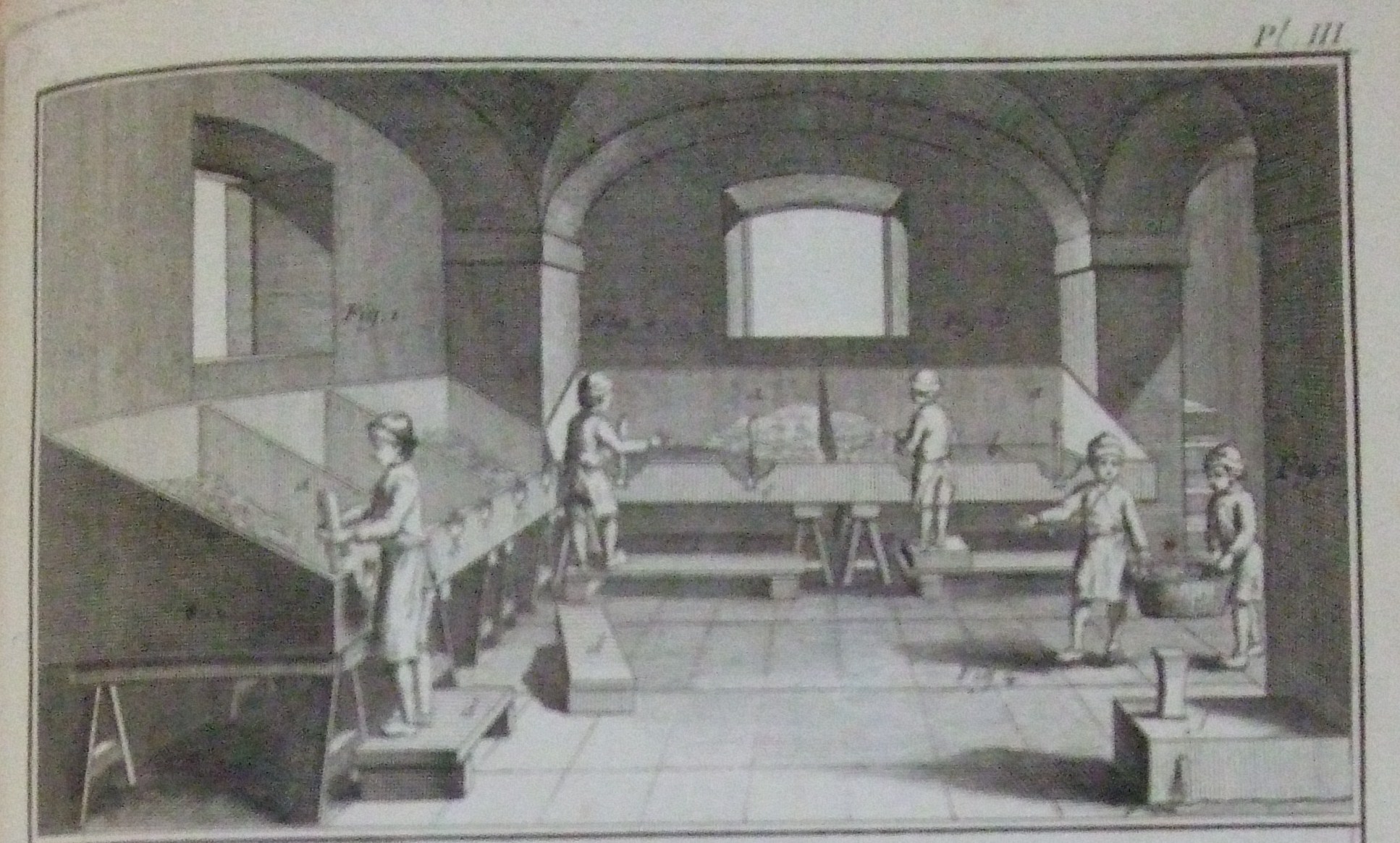 Small boys at work in the factory foreshadowing the exploitation of children in the nineteenth century.

Signs of the future in the plates

If we look at the article on childbirth and midwives it is apparent that surgeons were increasingly moving into this role formerly monopolized by midwives. The philosophes considered that a well-qualified surgeon was far better qualified for this role than the women who traditionally carried out this role. Here can be seen the beginning of the medicalization of society. Well qualified professional men were moving into a sphere of activity which had hitherto been the exclusive preserve of women.

Simultaneously the institutionalisation of medicine was taking place with people increasingly being treated in hospitals.

In the plates depicting paper-making  small boys can be seen at work in the factory foreshadowing the exploitation of children in the nineteenth century. What was for the philosophes progress became the degradation of labour during the industrial revolution.