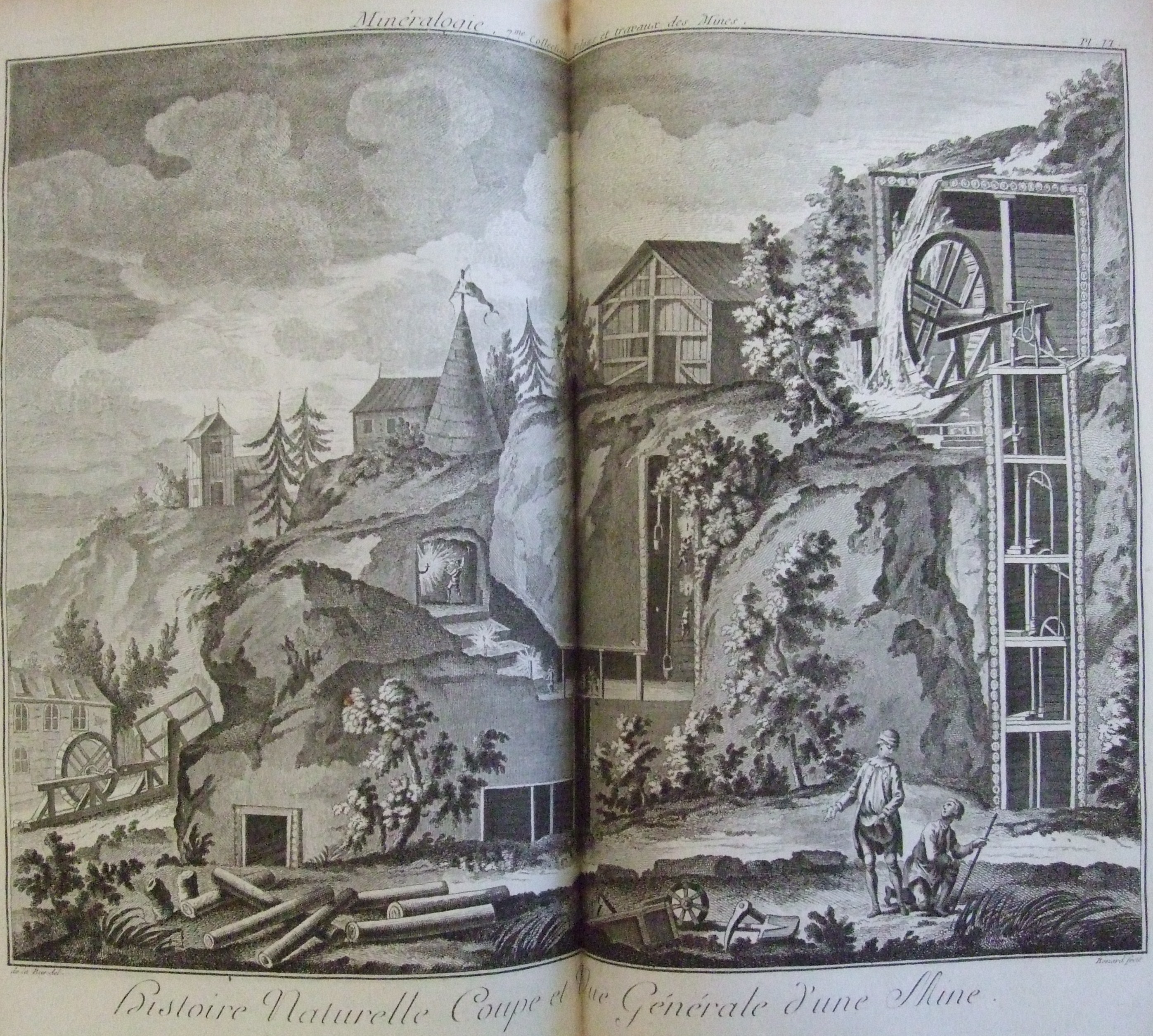 A rather idyllic view of a mine.

Representation of contemporary reality in the plates

Illustrations in the Encyclopédie often provide sanitized versions of reality – there is no mess, nothing unpleasant in the depiction of the tannery (for example). The illustrations were designed to be appropriate to their audience – the salon and polite society. In the 1750s and 1760s France was still a class-ridden pre-industrial country.  The industrial revolution was just round the corner. Most of the trades represented are what we would expect from  a country at this stage in its development: a predominance of small-scale crafts and trades such as rope-making, wheel-making, tanning. However, some large-scale enterprises are represented: mining for instance but  the illustration on the left gives a rather rose-tinted view of mining.