Diderot's and d'Alembert's encylopédie: The plates

There are 2,885 plates in 11 volumes.  The plates were never banned and became a cash-cow  enabling further copies of the text to be published.

The plates though were themselves not without controversy.  They were based on a project by the French Academy of Sciences and there were accusations of plagiarism.

The volumes of plates follow on from the Panckoucke edition of the Encyclopédie on the lower shelf. 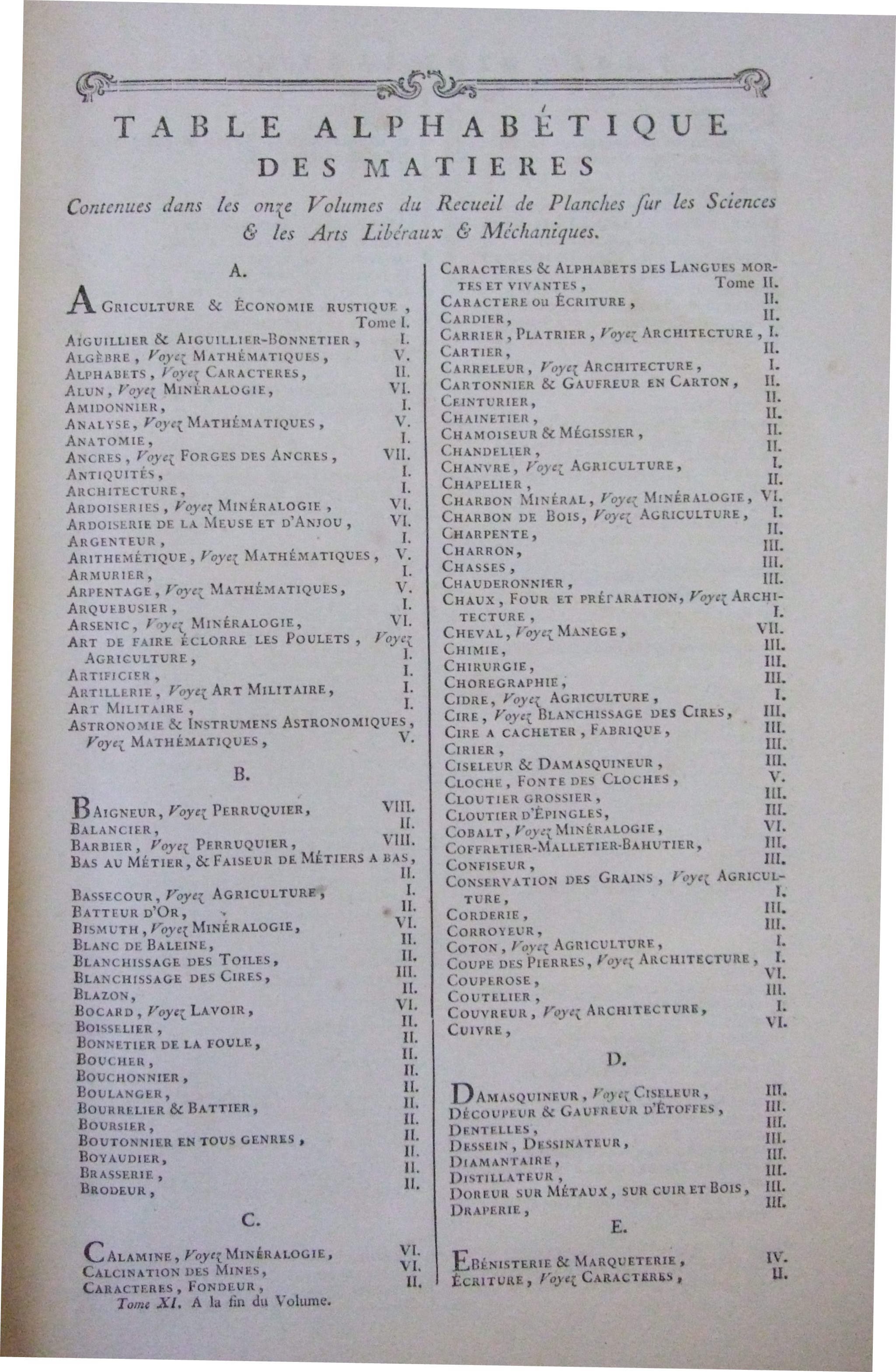 Index to the plates in Vol. 11 of the volumes of plates