A guide describing some of the notable collections of picture prints and illustrations in Bodleian Library collections, with information about catalogue resources.

Examples of blocks for relief printing and plates for intaglio printing found in Bodleian collections date principally from the seventeenth to the nineteenth centuries. In origin they range from those made for the collectors, to illustrate books of which they were editors or authors, to items collected for their historical interest.

The bulk of the seventeenth- to early nineteenth-century copper plates are illustrations of works by a few scholars with Oxford associations, or whose large collections of other manuscript and printed materials have come to the Bodleian. In these, scientific and antiquarian interests predominate.

The number of woodblocks is much smaller, represented by a few apparently made early in the eighteenth century for antiquarian publications, including reproduction initials in the Douce Woodblocks.

The John Johnson Collection of Printed Ephemera holds copper plates associated with the printing of packaging and other ephemera.

The principal collections of printing surfaces are summarized here:

Copper plates for Martin Lister, Historiae Conchyliorum (1685). The artists and engravers were Lister's daughters, Anna and Susanna Lister. Over 1000 plates are in the collection, many very small. The plates kept at this shelfmark include some for Edward Lhuyd, Lithophylacii Britannici ichnographia (1699).

Richard Rawlinson (1690-1755) bequeathed 750 copper plates with the rest of his collections in 1755. These include plates made for Rawlinson to illustrate objects and views of his choice, and others, many from identifiable publications, collected by him.

Many are illustrated in Rawlinson Prints.

Engraved music plates for the 'Lock Hospital Hymnal’ (A Collection of Psalm and Hymn Tunes, 1762, and several later editions) are catalogued at the shelfmark Bodleian Mus. Plates 1. These are associated with the Reverend Martin Madan (1725-90), great-great uncle of Falconer Madan (1851-1935), Bodley's Librarian from 1912 to 1919.

A little over 400 copper plates are listed in the collection of Richard Gough (1735-1809), the great majority of which are plates for his Sepulchral Monuments.  See Gough images)

Apparently comprising blocks used in publications of Thomas Hearne (1678-1735), antiquary and sub-librarian of the Bodleian.

Included in 'Copper plates for bookplates' is the copper plate for a calling-card of Maria Edgeworth (1768-1839, see Edgeworth Papers).

Copper plates and printing blocks can be accessed under the following general shelfmarks. Please use the specified handlists or follow links to online catalogue records if available.

Request by email to the reading room at specialcollections.bookings@bodleian.ox.ac.uk:

Please direct any other enquires on accessing the collection to rare.books@bodleian.ox.ac.uk or ask a member of the Library's reading room staff who will be able to assist you further. 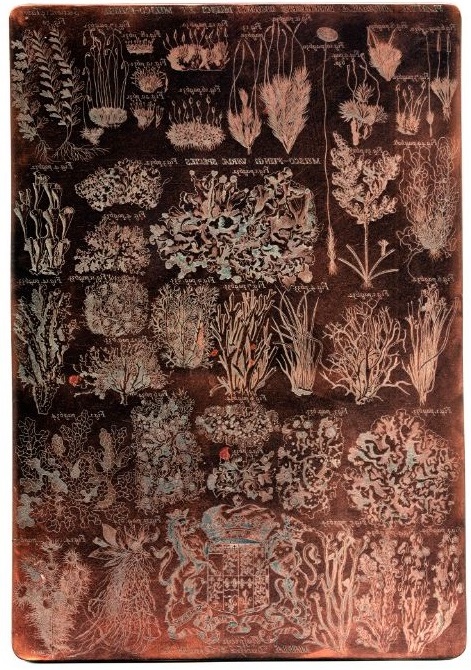