For all these online resources, if you are not connected to the Oxford network you will need to login with your Oxford Single Sign On username and password to gain full access.

You will find more online primary texts on the subject specific LibGuides for the following time periods: 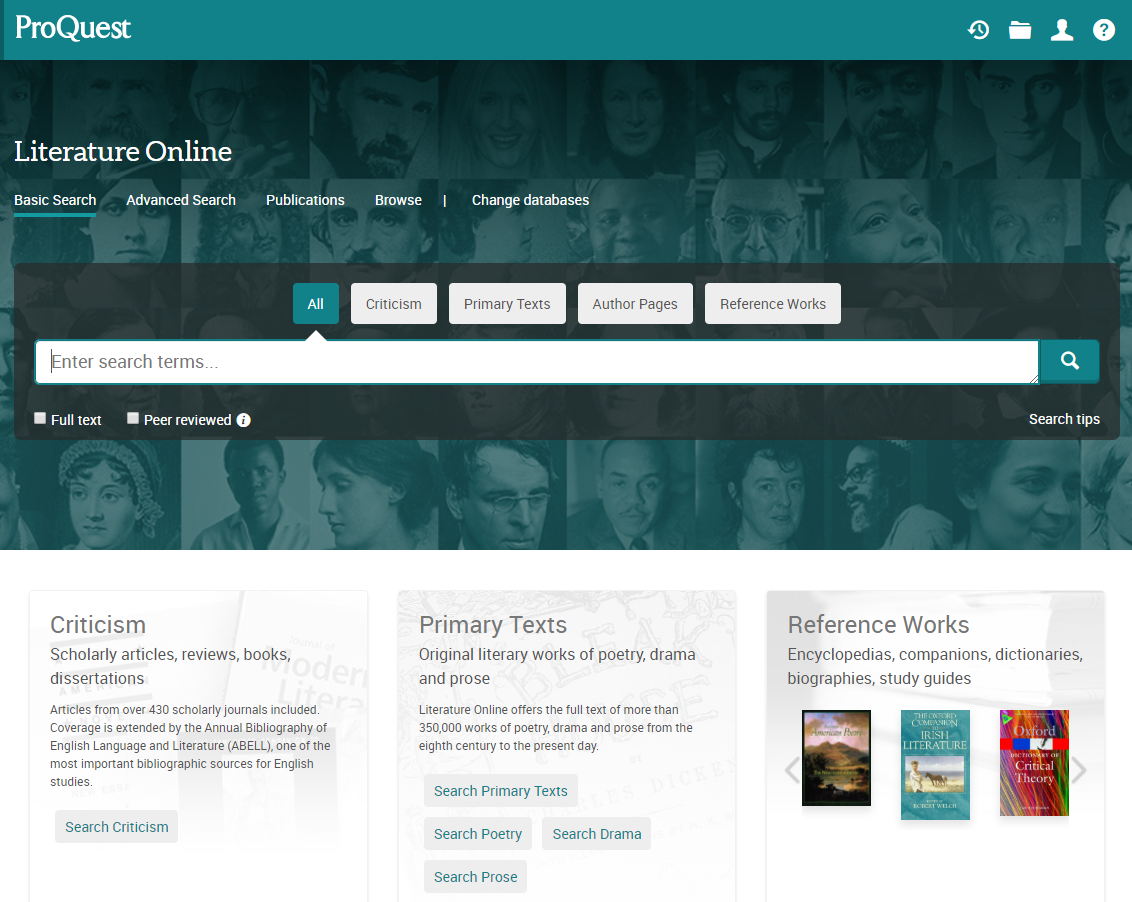 LION provides access to the full text of more than 350,000 British and American original works (as well as links to useful background material) and critical works such as journal articles and citations.

ECCO provides fully searchable full text access to over 180,000 English-language titles and editions published between 1701 and 1800. it is fully text-searchable on over 33 million pages.

Past Masters is a collection of full-text humanities works in scholarly editions. It contains the works and/or correspondence of many major literary authors, philosophers and other intellectuals as well as collections of correspondence by period.

Orlando provides a rich resource of women's writing from the British Isles, including author's lives, contextual materials and bibliographies.

British and Irish Women's Letters and Diaries is made up of over 100,000 pages of diary entries and letters documenting the experiences of over 500 women.

North American Women's Letters and Diaries brings together 150,000 pages of diaries and letters. 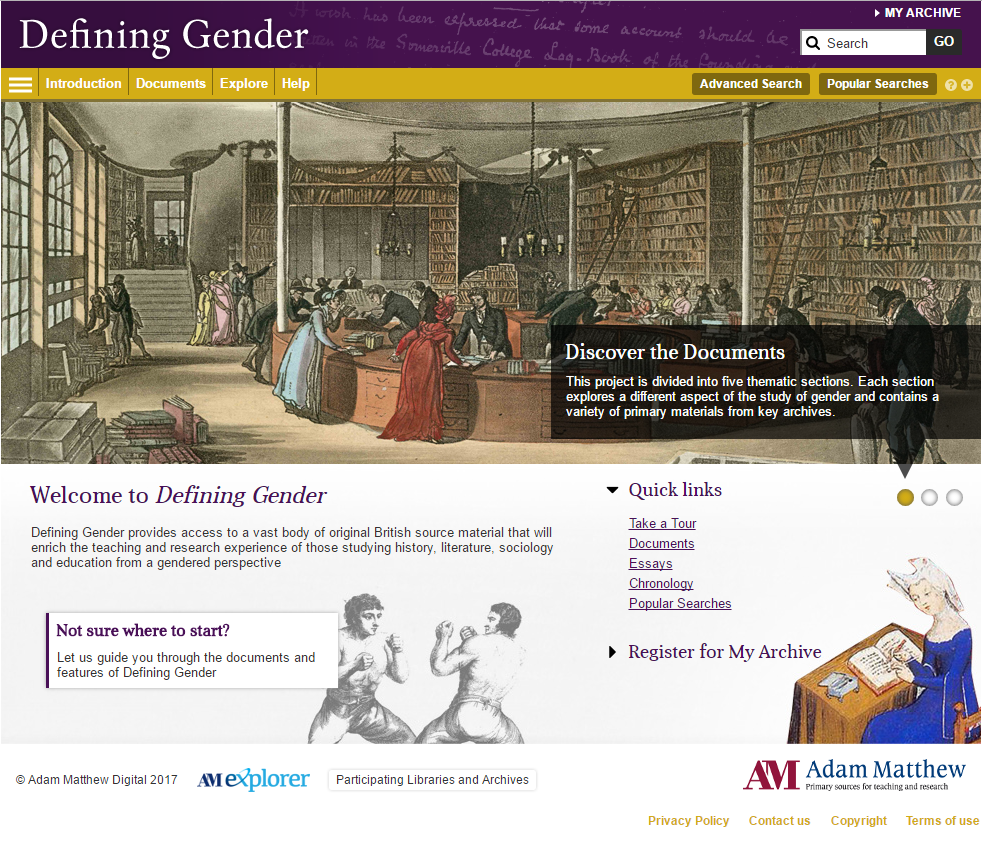 Defining Gender explores the study and analysis of gender, leisure and consumer culture with original primary source material from British archives. It features a broad range of thematically organised documents and provides an excellent opportunity for comparative study and research. Manuscripts, printed works and illustrations combine to address the key issues from both masculine and feminine perspectives. They are indexed to provide ready accessibility.