February 28th is the the birthday of the French writer Michel de Montaigne (1533-1592) and so now is a good time to consider a collection of books which The Taylor Institution Library received not so long ago – the Sayce bequest. Back in the early summer of 2013 the Taylor Institution Library received a collection of 285 rare books (mainly French but some in other languages) from the personal collection of the scholar and Oxford don, Dr Richard Sayce after the death of his wife Olive Sayce in March 2013. Richard Sayce (1917-1977) taught at Oxford since 1947. He became a Fellow of Worcester College in 1950 and Fellow Librarian of Worcester College in 1958. He would hold these posts right up to his death at the relatively young age of 60.

His wife Olive Sayce, another Oxford scholar but who specialised in German medieval poetry wrote a touching memorial of her husband's life. R.A. Sayce, 1917-1977: a memoir (Oxford, 1983)recounts his early life on the Welsh Borders (the name Sayce derives from 'Sassanach'), his travels during the Second World War in the course of which he found India 'too hot' but found Persia more congenial even to the extent of learning Persian, how they met – in the Senior Staff Room of the Taylor Institution (‘not one of the most romantic places!’)

There are about 285 books in Richard Sayce's antiquarian collection. 14 of them were published in the sixteenth century, 128 in the 17th century, 123 in the 18th century and the rest in the 19th and 20th centuries. Like many of the scholars' collections which have come to the Taylor Institution Library it is very much an intentional collection. Each book purchase was a deliberate act and the collection as a whole not only reflects the personality and interests of the man who collected it but also the man at the centre of the collection – Michel de Montaigne.

Richard Sayce was a man who loved and valued books. Olive Sayce records that he made one of his last book purchases shortly before his death. At the centre of the collection are works by and relating to Montaigne. There is an early edition of Montaigne’s Essais published in Lyons in 1593. This was the next edition to be published after the edition of 1588 – one of the copies of which was personally annotated by Montaigne himself and is known as the ‘Bordeaux edition’. We already had the second volume of this 1593 edition in our special collections (containing Book III of the Essais) so it is good that we now have a complete set. 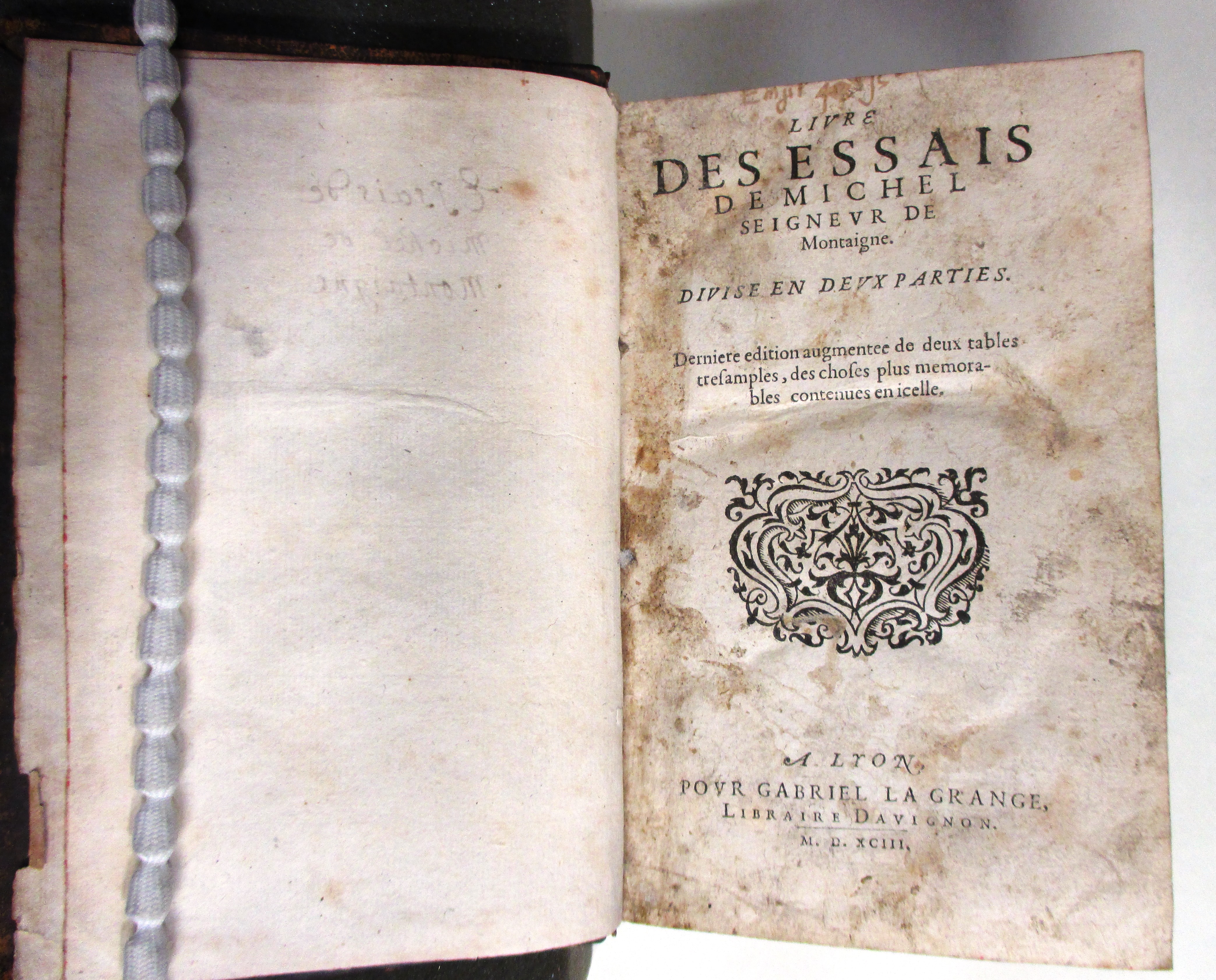