This guide aims to provide an introduction to essential library and electronic resources for French studies at Oxford
Subjects: French, Modern Languages 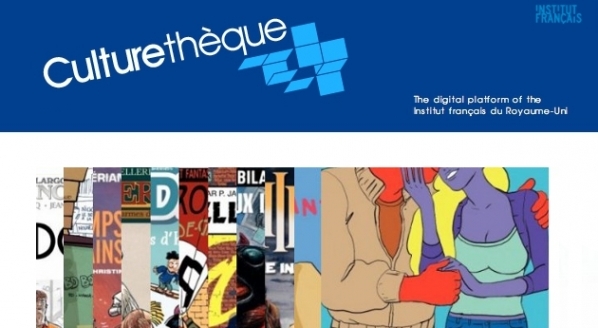 Log on Culturethèque to flick throughcomic books and graphic novels.

Culturethèque teamed up with Izneo to offer a selection of 200 comic books, in both English and French, housed in their own "Comics" section. every three months, Culturethèque changes its comic catalogue, so you've got three months to get through the classics, either in English or in French. Titles include Lucky Luke, Blake and Mortimer, Spirou, Valerian, Largo Winch and XIII. You can also read Enki Bilal's trilogy or Adèle Blanc-Sec in French.

Watch your favourite authors talk about their favourite French people.

The second season of the popular French Passions series has begun. Don't worry if you missed it. You can catch Geoff Dyer on Camus and David Nicholls on Truffaut on Culturethèque.