Subjects: Law - International Law, Politics, Politics and International Relations
This is just a small selection of archives available at the University of Oxford.
To see more go to Databases A-Z: archives. The Official Papers LibGuide provides a comprehensive overview of parliamentary and other official papers.

One of the largest archival collections in the world, spanning 1000 years of British history, from Domesday Book of 1086 to government papers recently released to the public.

Use this to help you find unique sources, physical and digital. Search across descriptions of archives held at over 350 institutions across the UK. 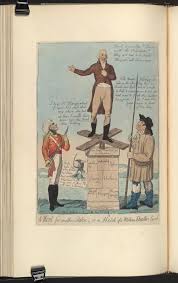 Full-text newspapers, magazines and journals of the ethnic and minority press, 1959-present.

Free online access to the archive of the first global intergovernmental organisation aiming to establish international peace and the processor of the United Nations.

Combines content on far-right and fascist movements, alongside coverage of radical left groups, allowing researchers to access material from both sides, and providing points for comparison.

PORTCULLIS: Gateway to the Archives of Parliament

An electronic catalogue containing descriptions of around 3 million records helps you to find the reference number of the records you require quickly so that you can order records onsite in our Westminster searchroom or request copies if you are unable to visit us. Portcullis contains descriptions of all Parliament's catalogued collections, including details of closed records which can be requested under Freedom of Information.

Provides access to the full archive of the Congressional Record and its predecessors (Annals of Congress, Register of Debates, Congressional Globe) from 1789-1999, providing full text coverage of the official record of the proceedings, debates, and activities of Congress, as well as published Congressional Hearings from 1824-1979.

Access a range of previously classified federal records from the 20th and 21st Centuries.

Provides access to a vast body of original British source material that will enrich the teaching and research experience of those studying history, literature, sociology and education from a gendered perspective.

Encyclopedia of Women and Islamic Cultures

Provides online access to women’s magazine and journal publications covering the late 18th century to the 1930s. The material allows researchers to explore the role of women in society and the development of the public lives of women as the push for women's rights (woman suffrage, fair pay, better working conditions, etc.) grew in the United States and England. It is also useful for the study of the history of women’s publishing: the strongest suffrage and anti-suffrage writing was done by women for women's periodicals.

Women in the National Archives

An online finding aid for women's studies resources in the National Archives, Kew, 1559-1995. It also provides early 20th Century original documents on the Suffrage Question in Britain, the Empire and Colonial Territories.

Includes a wide array of primary source documents and focuses on issues at the intersection of gender and class from the late-eighteenth century to the era of suffrage in the early-twentieth century, all through a transnational perspective.

This resource fully documents the essential contribution of women during the Great War as well as the revolutionary and permanent impact the World War I had on the personal, social and professional lives of these women. It is an important collection for research into 20th century social, political, military and gender history.
The primary sources are brought together from the Imperial War Museum, London, and were originally published by the Air Ministry, League of Mercy and War Fund, Purple Cross Service, Russian Relief Fund and many other organisations. This definitive digital collection of First World War charity and international relief reports, pamphlets, photographs, press cuttings and more is fully searchable. 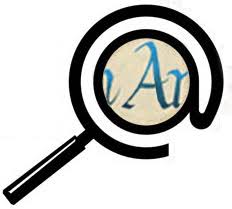 Provides access to information on archival material from different European countries as well as information on archival institutions throughout Europe. The project's consortium currently consists of 28 national, regional and specialist archives (business, church, etc.). The resource also has a directory of archives in Europe, accompanied by a browsable map of locations.

Thousands of UK websites have been collected here since 2004 and the Archive is growing fast. Here you can see how websites have changed over time and locate information no longer available on the live Web.

Newspaper articles, broadcast transcripts and datelines from around the world, translated into English by the US government.