Visiting archives in Germany: a guide to discovering and using them: Get Ready

This guide is designed to help you finding your way through German archives and to enable you identifying exactly what you need for your research - quick and easy.
Subjects: German, History - General & historical theory / methods

If your German is a little rusty...
Even smaller archives will quite certainly be able to understand and deal with enquiries you made in English. Some archives, however, will answer you in German.

What you should note
Archivists tend to use a rather specific terminology that even native speakers might have trouble understanding. Therefore you might want to have a look at the glossary where you will find the most important German terms - from A for Akte to Z for Zugang.

Can you read this? 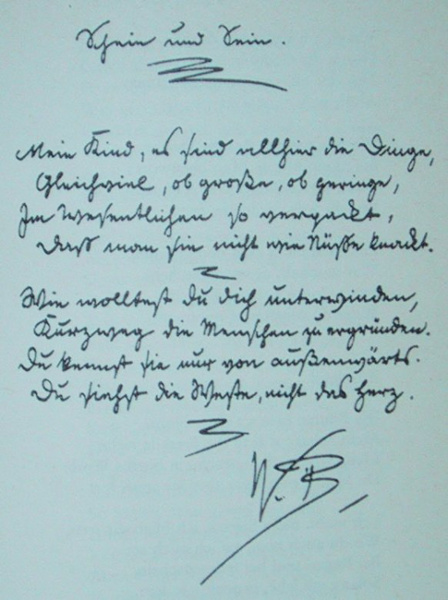 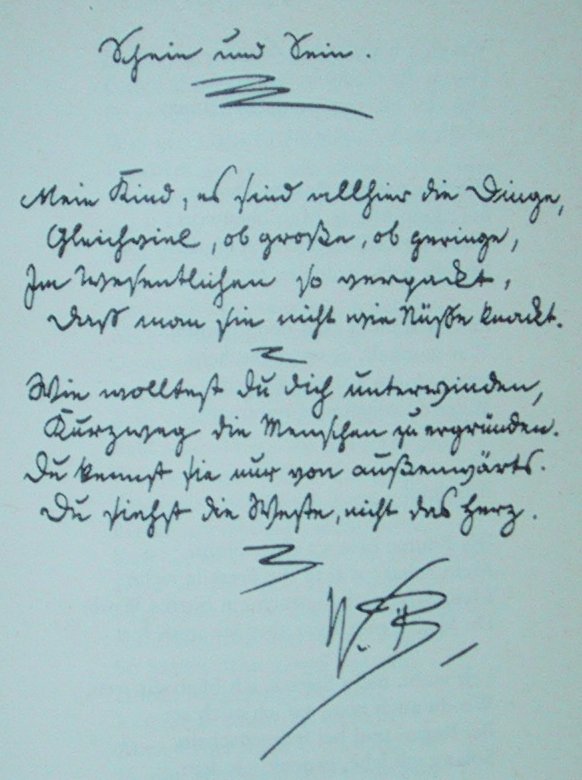 The German poet and caricaturist Wilhelm Busch (1832-1908) wrote this poem ("Schein und Sein" ) in a form of handwriting called Kurrent.
It was the most common German script of the modern era up until the middle of the 20th century. But it is not the only form of handwriting that you may encounter in a German archive.
There are different ways of becoming accustomed to the script prevalent during the time you are researching on.

One of the best is ad fontes offered (free of charge) by the University of Zurich (German only, registration required).

Be prepared - Are you ready for the archive?

Using German archives is easy when you have prepared for your visit. Here's a checklist which can help you get organised in advance of your visit.

What to expect on your visit

If you have not used an archive before you may be wondering what to expect.