Use this guide to get started with the FBIS Region 5 database.

The FBIS Region 5 Daily Reports 1974–1996 is a newly acquired database which consists of translated broadcasts, news agency transmissions, newspapers, periodicals, and government statements from nations in Latin America. These media sources were monitored and issued by an agency of the  government.

The reports offer unique perspectives on international affairs as events unfolded from 1974-1996. Many of those events are in some ways the predecessors, if not the outright causes of what is happening today. The reports contain significant, critical material unavailable from any other source.

The FBIS e-resource offers name and subject-search ability in an instant.

(The above introduction is based on material originally published by the History Faculty Library.) 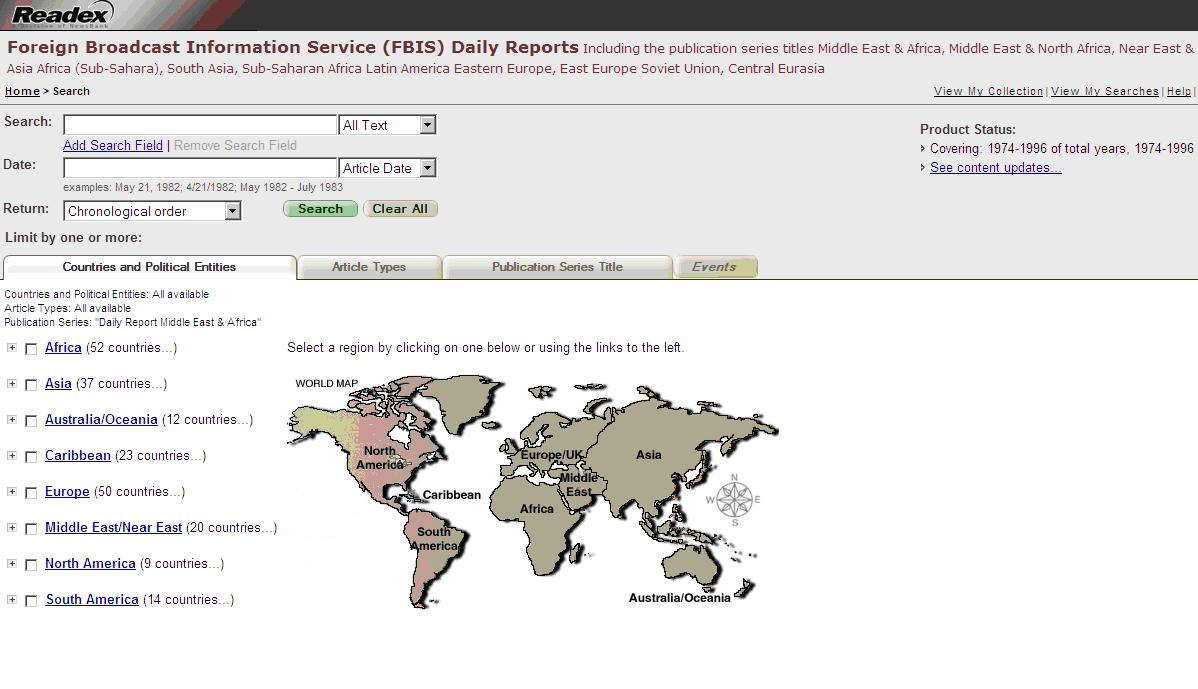 The library is no. 10 on the Bodleian Libraries map